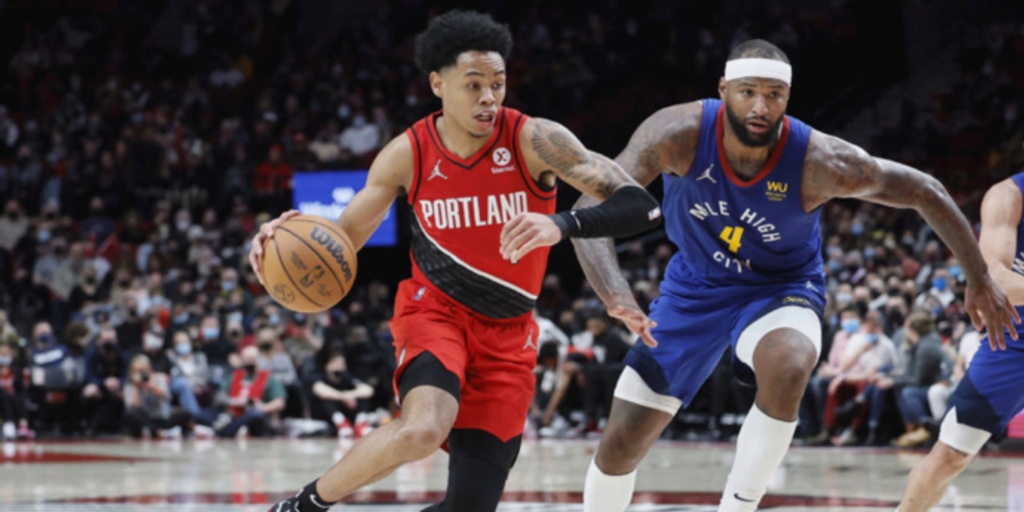 PORTLAND, Ore. (AP) — Portland Trail Blazers guard Anfernee Simons is out for at least a week because of mild patellar tendinopathy in his left knee.

Simons has missed two games because of the injury, which was confirmed by an MRI, the Blazers announced on Friday. He will be reevaluated in one to two weeks.

Simons took on a greater role for the Blazers with Damian Lillard sidelined since late December by an abdominal injury that required surgery.

The Blazers (25-40) were coming off a 123-85 loss at Utah on Wednesday. Portland has lost six straight and is currently in 11th in the Western Conference standings.

The Blazers host the Washington Wizards on Saturday night.