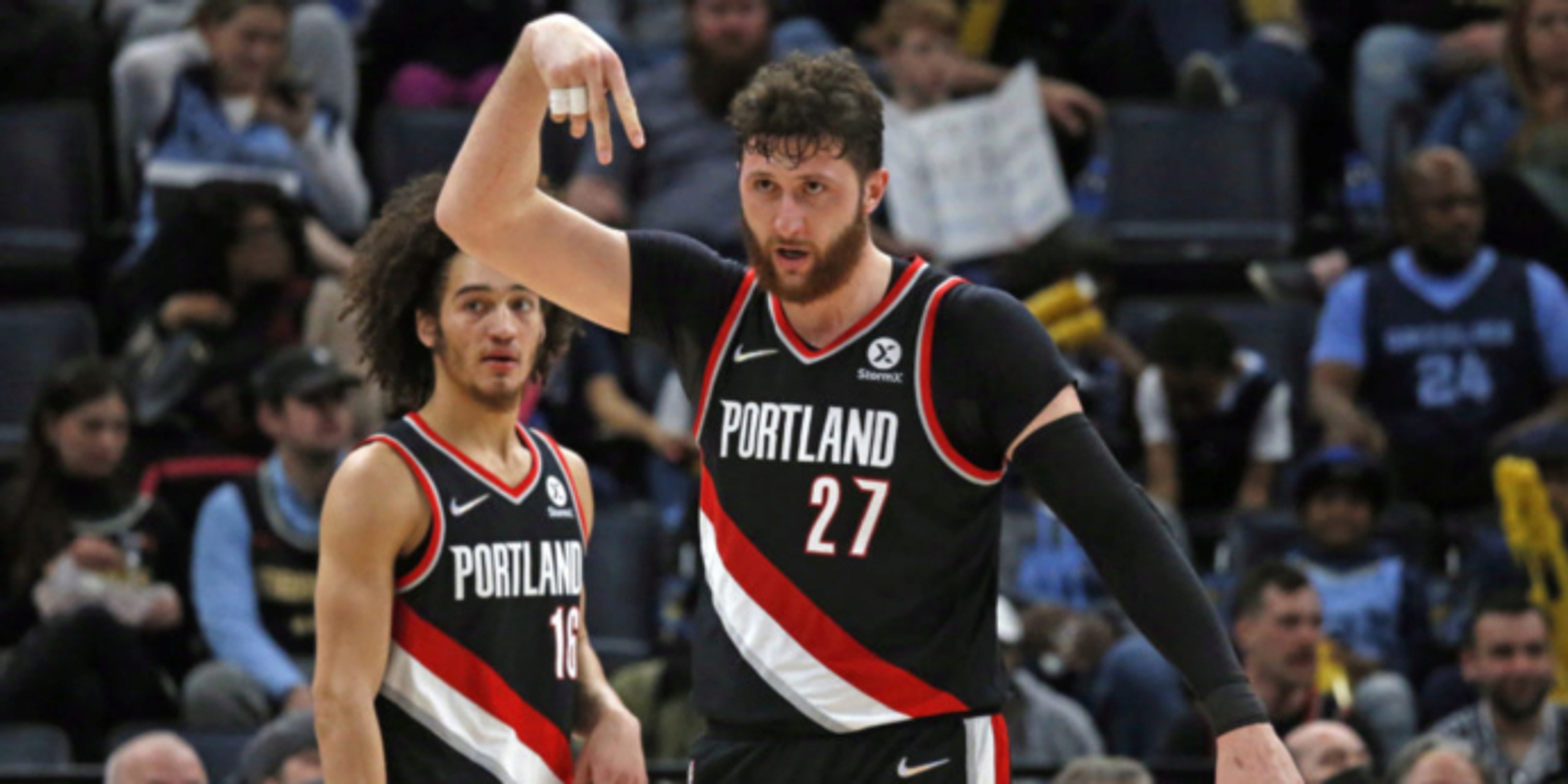 Portland's Nurkic out at least 4 weeks because of foot issue

The Portland Trail Blazers announced Wednesday that center Jusuf Nurkic will be sidelined for at least four weeks because of left foot plantar fasciitis.

The team said the condition has been bothering Nurkic since September. He will be reevaluated after four weeks.

Nuckic has started 56 games this season, averaging 15 points and 11.1 rebounds. He has 30 double-doubles.

His injury is the latest to befall the Blazers, who have been without guard Damian Lillard since the start of the year because of an abdominal issue that required surgery. Forward Nassir Little underwent season-ending surgery earlier this month to repair a left shoulder tear.

The Blazers (25-34) have won four straight heading into Thursday night's game at home against the Golden State Warriors.