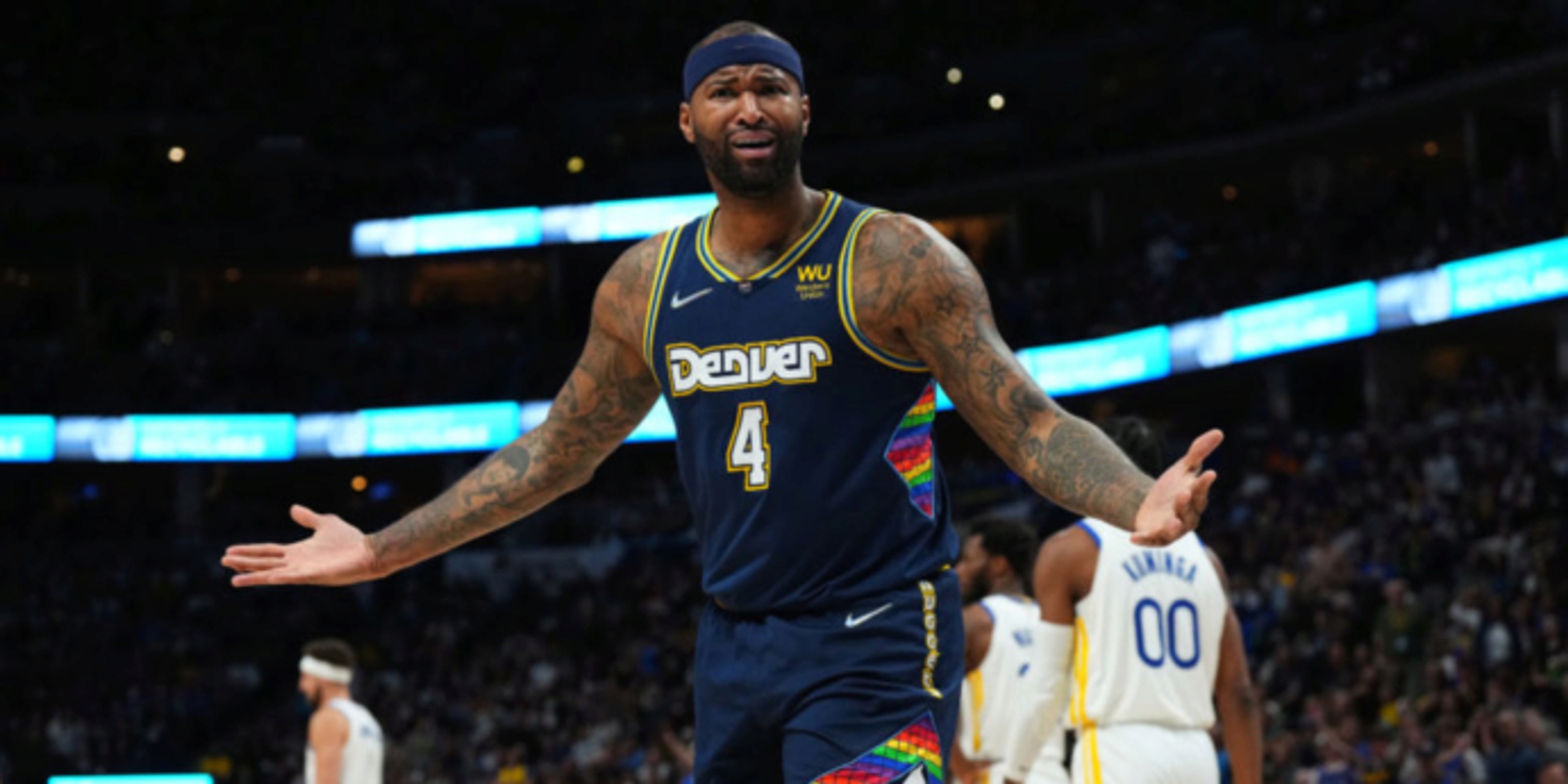 Nuggets center DeMarcus Cousins has been fined $15,000 for kicking towels into the stands during Game 4 of Denver's first-round playoff series against Golden State, the NBA announced Tuesday.

The incident occurred when Cousins returned to the bench after getting called for a personal foul with 7:27 remaining in the second quarter of the Nuggets’ 126-121 home victory on Sunday.

Cousins finished with 10 points. Denver avoided a sweep with the win. Game 5 is Wednesday night.