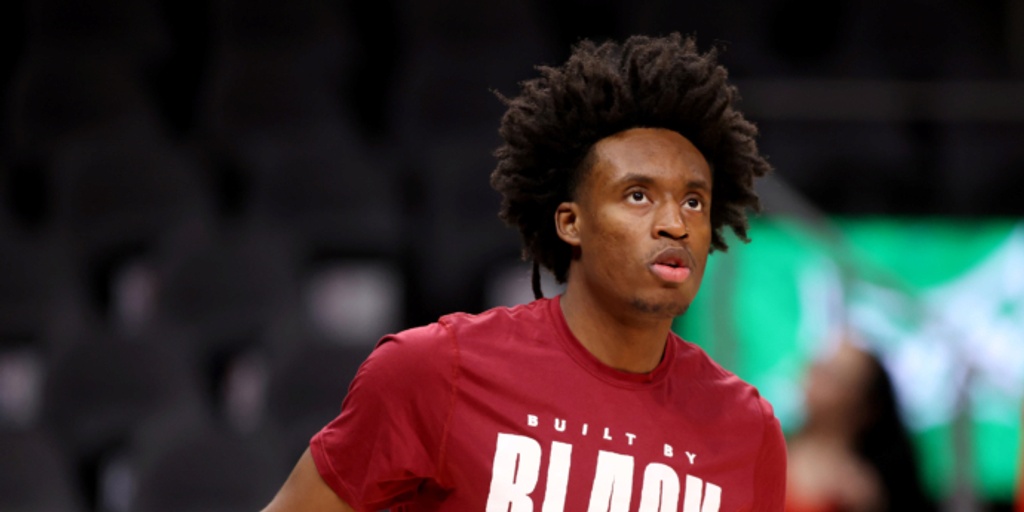 SALT LAKE CITY (AP) — A dramatic roster overhaul has left the Utah Jazz with a load of new faces entering this season.

“It was a roller coaster, honestly,” Conley said. “A lot of unknown. You didn’t know who was staying, who was going.”

Utah likely isn’t done wheeling and dealing. Eighteen Jazz players have guaranteed contracts entering training camp, and the team must trim that number to 15 before the start of the season.

Utah general manager Justin Zanik said the Jazz are focused on building around young players in the early stages of their NBA careers who can grow into larger roles. Continued roster reshaping has left Utah with a blend of hungry younger players and a sprinkle of veterans — all eager to prove their worth.

“They’re a really energetic group,” first-year coach Will Hardy said. “I would say there’s a collective toughness. We have a lot of players that have a chip on their shoulder and I think that’s really powerful to have guys that are competitive and feel like they have something to prove.”

Lowered expectations have greeted the Jazz with the departures of former franchise cornerstones Gobert and Mitchell. The roster is filled with unproven talent and role players. For that reason, Utah is not expected to be in playoff contention this season while undertaking a massive rebuild.

However, the new-look Jazz embrace the season ahead as an opportunity to show they can exceed expectations and still claim a playoff spot.

“We all want to win,” guard Collin Sexton said. “We see what everybody is saying about us, but we want to go out and prove people wrong and also show ourselves we can do it.”

A torn left meniscus sidelined Sexton after only 11 games last season. The Cavaliers sent him to Utah in a sign-and-trade as part of the deal to acquire Mitchell. Sexton, the eighth overall pick in the 2018 NBA draft, averaged a career best 24.3 points and 4.4 assists two years ago and appeared to be on an NBA All-Star trajectory before his injury.

Sexton acknowledged feeling frustration while sitting out for several months. Now, after signing a four-year, $72 million deal with the Jazz, he’s eager to show he hasn’t lost a step since the injury.

“I’m glad I am back and back to 100%,” Sexton said. “I’m excited for the season and excited to get out there with my teammates.”

Gay's first season with the Jazz ended on a sour note. The 17-year veteran played only 55 games following offseason heel surgery and posted a career-low 8.1 points per game on 41.4% shooting.

Gay eventually fell out of former coach Quin Snyder’s rotation late in the season and did not appear in a single playoff game. It pushed him to put in extra work over the offseason to reclaim a larger role in the season ahead.

“Imagine you (the media) coming into this room and not being able to ask questions,” Gay said. “That’s how I felt last year. So, I came ready to play and I want to play.”

In a similar vein, Conley wants to show his struggles in the playoffs were an aberration. The veteran point guard averaged 9.2 points on 33.3% shooting and 4.8 assists over six games against Dallas.

Trade uncertainty still surrounds both veterans given Utah’s desire to rebuild around younger players. For now, their focus is on preparing to spend a full season with the Jazz.

Entering his seventh NBA season, Malik Beasley has set his sights on remaking his image.

Beasley has set lofty goals for himself in Utah – playing in all 82 regular-season games, becoming an NBA All-Star, and winning the league’s community assist award.

“My goal is to stay here as long as I can and do what we’re supposed to do,” Beasley said.

“I’ve heard it all about me being his other brother or a clone. Let’s face it, we both got the same hair color, same face, and jawline. I feel like Coach (Hardy) should be complimented that he looks like me.” — Rookie center Walker Kessler joking about his striking physical resemblance to Hardy.