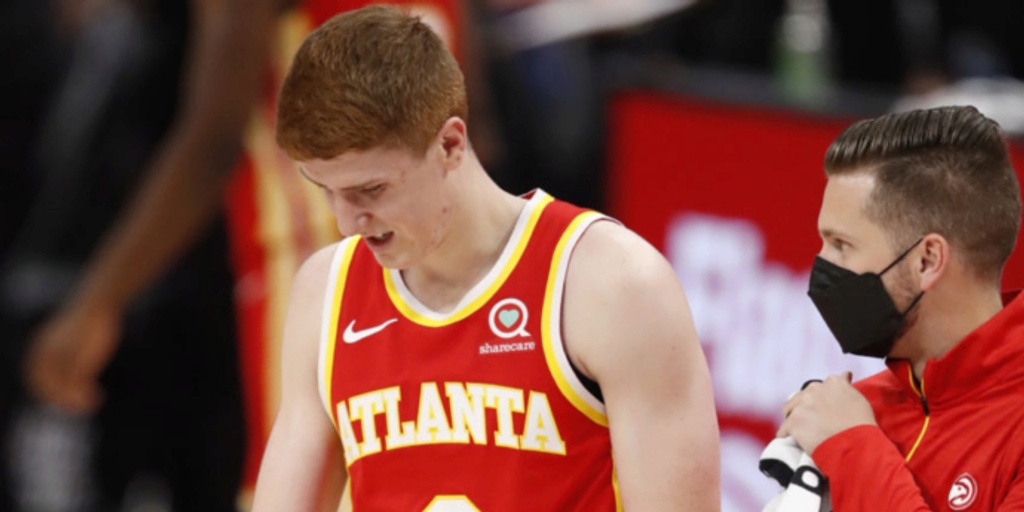 Kevin Huerter (shoulder) out as Hawks deal with another injury

Kevin Huerter will miss his second straight game with a sprained left shoulder, dealing another blow to the injury-plagued Atlanta Hawks as they try to make a push for the playoffs.

An MRI confirmed Huerter's injury. It's not known how long the swingman will be out, but he'll definitely be sidelined Friday when the Hawks play their second straight game in Philadelphia against the 76ers.

Huerter is averaging 12.3 points a game.

Atlanta was blown out Wednesday by the Sixers, losing 127-83 with a makeshift squad that was missing Huerter, Trae Young and Bogdan Bogdanovic, as well as De'Andre Hunter, Cam Reddish and Tony Snell with longer-term injuries.

Huerter injured his shoulder Monday in a loss at Detroit.

The Hawks (34-29) are fifth in the tightly bunched Eastern Conference. They still have a shot at home-court advantage in the first round of the playoffs, but they are just as close to falling to a spot in the new play-in tournament.