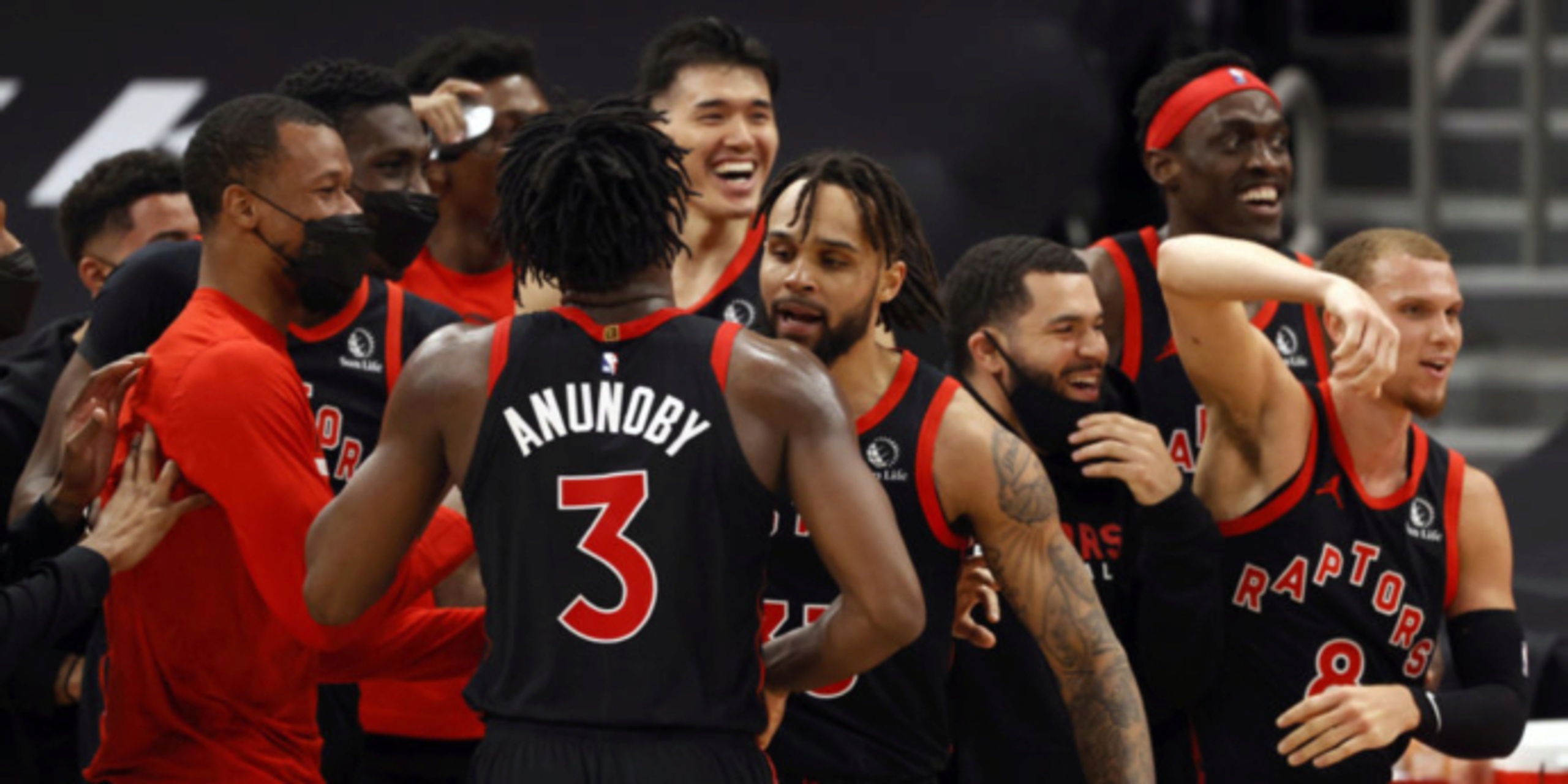 Gary Trent Jr. beat the buzzer with a long three-pointer and the Toronto Raptors rallied from a 19-point second-half deficit to beat the Washington Wizards 103-101 on Monday night.

Pascal Siakam led Toronto with 22 points, and DeAndre Bembry and rookie Malachi Flynn led a fourth-quarter charge for the Raptors, who won consecutive games for the first time since Feb. 19-21.

Russell Westbrook had 23 points, 14 rebounds and 11 assists for the Wizards, who have lost four straight.

Washington led 101-100 when Siakam was called for a charge with 27 seconds left. Raul Neto missed a reverse layup with 5.5 seconds left and Trent got the rebound.

“I almost called (a timeout) but I thought there's plenty of time to get it up there and get off a shot,” Raptors coach Nick Nurse said. “There's lots of reasons not to take it, and we were fortunate this time. We were due.”

Trent, playing in only his sixth game as a Raptor, dribbled straight down the floor, used his forearm to create some separation from Neto and launched a shot from beyond the top of the key. He finished with 16 points.

The Wizards led 74-55 midway through the third quarter before they missed 13 straight 3-point attempts.

Trent finished with 16 points for Toronto, and Bembry scored 15.

“Fred's been iffy a couple times, but then he plays. But he told me to be ready,” Flynn said. “We've got a lot of players down, so I knew a lot would be on Siakam. I just try to make it easier for him and the other guys.”

The Raptors missed their first seven shots and fell behind by 14 points when Westbrook’s 15-footer completed a 9-0 Washington run with 2:54 left in the first quarter.

Westbrook had 10 points, 10 rebounds and nine assists in the first half, and Garrison Mathews came off the bench with four 3-pointers to help the Wizards take a 61-51 halftime lead.

Wizards: Beal, who has a hip contusion, warmed up before it was determined he would not play. ... It was the 19th triple-double of the season for Westbrook and the fourth in his last five games. He has 165 in his his career. ... The Wizards made 11 of their first 20 3-point attempts but finished 12 for 35.

Raptors: VanVleet did not play after leaving the preceding game with a left hip flexor. ... G Kyle Lowry missed his third straight game with a foot infection. ... The Raptors have beaten the Wizards nine straight times.

Nurse tried to take something positive about not having his starting backcourt. “A lot of (players) have been looking for more playing time and here it is,” he said. “The only thing I worry about is what if something else happens.”

Lowry, VanVleet, Siakam and OG Anunoby, the veteran core of the team, have missed a combined 44 games due to COVID-19 and other maladies.

Wizards: At Orlando on Wednesday night.