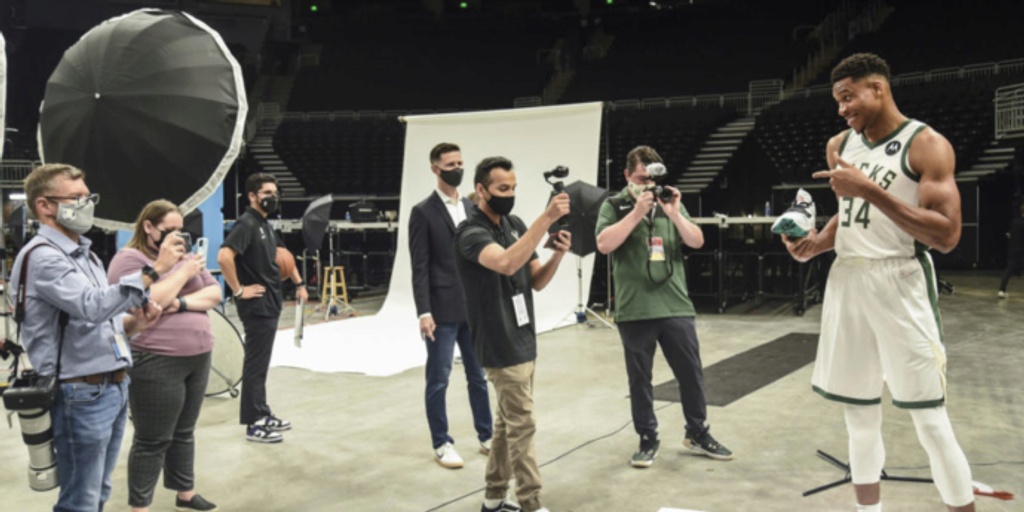 Giannis Antetokounmpo says he feels fine as he prepares for the Milwaukee Bucks’ title defense but will be careful with the left knee that he hyperextended during the championship run.

Antetokounmpo missed the final two games of the Eastern Conference finals after hurting his knee but returned to earn MVP honors in the NBA Finals. He scored 50 points in a title-clinching Game 6 victory over the Phoenix Suns.

“I’m good to go,” Antetokounmpo said Monday. “But if I feel like I’m in pain again or whatever the case might be, I have to listen to my body. When you feel pain, it’s your body telling you that it’s protecting you, that you can’t go anymore. I’ve played through pain. I don’t think now is the time to risk that. It’s too early in the season.

The two-time MVP says he still has plenty of incentive even after leading the Bucks to their first championship since 1971.

“Are we satisfied?” Antetokounmpo asked. “I’m not satisfied. I’m not even close to being satisfied. That’s the tone we’ve got to set as a team. And as a leader of this team, that’s the tone that I’m going to set. We understand that teams are coming for us, but we’re going to be ready.”

Milwaukee won that elusive title by continually responding to adversity.

Milwaukee wants to maintain that drive this year while returning from a short but eventful offseason in which guard Jrue Holiday and forward Khris Middleton followed up their NBA championships by winning gold medals with the U.S. Olympic team.

Middleton said Bucks coach Mike Budenholzer made that point clear in a Monday morning meeting. Budenholzer's message to the team was straightforward: Do it again.

“What we did last year, they can’t take that away from us at all,” Middleton said. “But we still have to be motivated. We have to stay hungry and try to find a way to do it again.”

The Bucks return most of the nucleus from their championship team, with a couple of exceptions. P.J. Tucker, a midseason acquisition who started each of the final three playoff series while providing defense and 3-point shooting, left for the Miami Heat. Bryn Forbes, a quality 3-point shooter in the regular season who fell out of the rotation in the latter stages of the playoffs, rejoined the San Antonio Spurs.

“I believe we’re better in a different way,” general manager Jon Horst said. “We’ll find out. If not, we have options and abilities to adjust and pivot as we always have.”

The Bucks also should get a boost from the comeback of starting guard Donte DiVincenzo, who hasn’t played since tearing a left ankle ligament in the Bucks’ first-round series with Miami. DiVincenzo said Monday he isn’t yet participating in five-on-five workouts.

The Bucks vow complacency won’t be an issue.