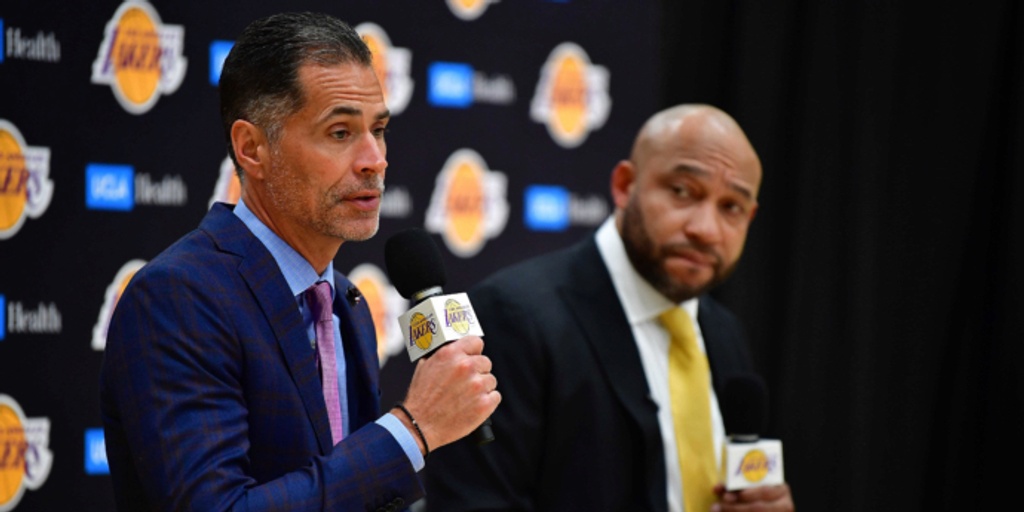 Lakers get in draft, acquire 35th pick in trade with Orlando

The Los Angeles Lakers will get to participate in the NBA draft after acquiring the 35th overall pick from the Orlando Magic on Thursday for cash and a future second-round selection.

The deal allows the Lakers to buy their way back into the current draft after the club traded away both of its picks. Los Angeles' eighth overall pick belongs to New Orleans as part of the Pelicans' mammoth haul from the trade of Anthony Davis, while the Lakers' second-round pick was moved in that same multi-team deal to Washington before eventually ending up with San Antonio.

The Lakers' perpetual win-now mentality around LeBron James has left them without control of their own first-round pick for the fourth consecutive season, but their acquisition of this high second-round pick will allow their strong scouting department to make a contribution to that quest.

The franchise has a solid record of drafting good players and signing quality undrafted talent over the past decade despite meager draft resources. The Lakers have picked up Kyle Kuzma, Ivica Zubac, Talen Horton-Tucker, Alex Caruso, Svi Mykhailiuk and Austin Reaves from the lower reaches of the draft pools over the past six years.

Los Angeles is in need of low-cost roster depth after finishing 33-49 and missing the play-in tournament this year. If Russell Westbrook exercises his $47 million player option, the Lakers will be above the salary cap from their commitments to James, Davis and Westbrook alone.