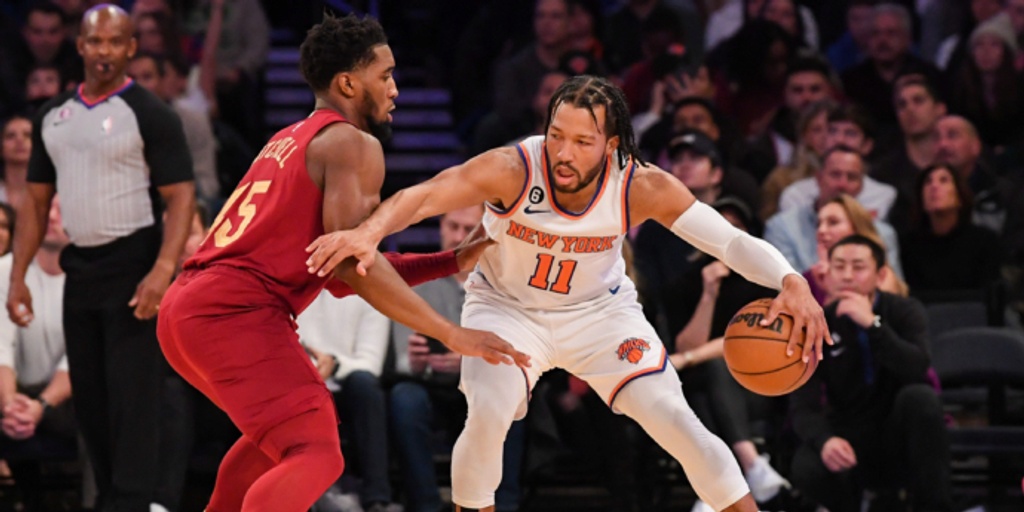 The Knicks never trailed in the contest as they held an opponent under 100 points for the first time this season.

Donovan Mitchell led Cleveland with 23 points and Darius Garland had 17.

Brunson’s three-point play gave the Knicks a game-high 18-point lead, 37-19, with 7:08 remaining in the second quarter.

The Cavaliers scored the next six points, and then after another Brunson bucket, ended the second quarter on an 18-7 run to pull within 46-43 at halftime.

New York scored the first five points of the third quarter and extended its lead to as many as 12. Cleveland cut the deficit to six, but still trailed 71-63 after three quarters.

The Knicks went up by as many as 13 points in the final quarter, but Mitchell’s slam cut the lead to 86-81 with just over two minutes remaining.

Brunson answered with a baseline jumper, Randle followed with a dunk and Brunson hit two free throws to end the scoring.

Immanuel Quickley (12) and Isaiah Hartenstein (10) added double-digit scoring for the Knicks, while Mitchell Robinson had a game-high 13 rebounds.

Evan Mobley totaled 11 points and 10 rebounds for the Cavaliers.

Cavaliers: Forward Dean Wade will be out approximately 3-4 weeks after sustaining a left shoulder injury in the first half of Friday night’s win over Orlando. … Cleveland is allowing the fewest points per game in the NBA this season. … Evan Mobley is the only Cav to start all 24 games this season.

Knicks: New York had lost four straight games to the Cavaliers, including all three meetings last season. The Knicks had not beaten Cleveland since January 21, 2021 (102-81).

In their five-game home losing streak, the Knicks had been outscored 180-130 in the third quarter. In Sunday’s victory, they outscored the Cavs 25-20.