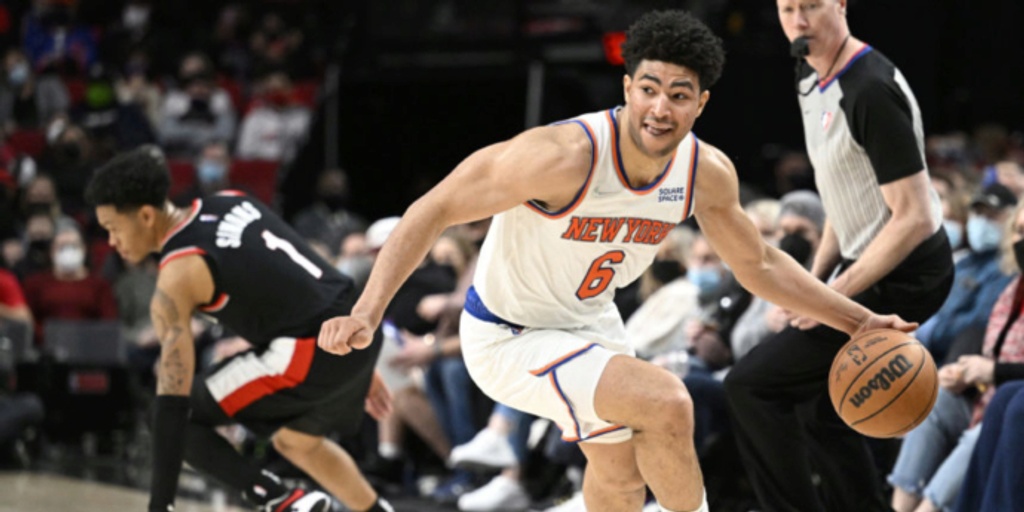 Knicks' Quentin Grimes out at least 2 weeks with knee injury

Grimes was hurt Friday night in a 115-100 loss to Miami after it appeared he banged knees with another player along the baseline. The Knicks said the injury was a subluxation of his right patella.

The Knicks said Saturday that the guard would be re-evaluated in two weeks.

The first-round pick has averaged 6.3 points in 40 games, including six starts. He likely would have been in line to have his playing time increased late in the season, with Kemba Walker shut down for the season and Derrick Rose recovering from another procedure on his surgically repaired right ankle.