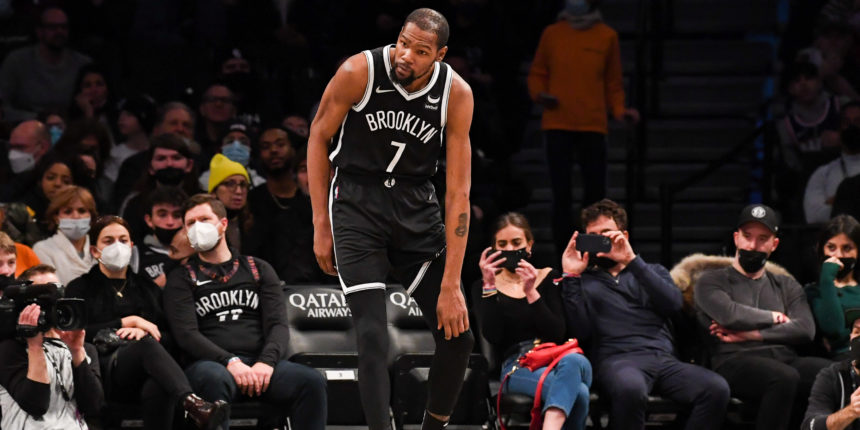 NEW YORK (AP) — Kevin Durant missed the second half of Brooklyn's game against New Orleans on Saturday night after spraining his left knee in a collision.

The NBA's scoring leader left with 5:38 remaining in the second quarter and the Nets announced at halftime that he wouldn't return. He had 12 points in 12 minutes.

Durant was hurt when teammate Bruce Brown bumped into a driving Herbert Jones and fell backward into him. Durant grabbed at his knee, tried to walk it off and then asked to be removed from the game.

Durant was back in the lineup after sitting out a loss to Oklahoma City on Thursday night to rest on the second night of a back-to-back. It was the Nets' fourth game in five nights.

With Kyrie Irving ineligible to play in home games, Durant has had to play heavy minutes in his second season in Brooklyn after sitting out a year following Achilles tendon surgery.

MORE:
NBA News

Can the Bulls go all-in for a title? Should they?
Pascal Siakam has triple-double, Raptors beat Bucks 103-96
