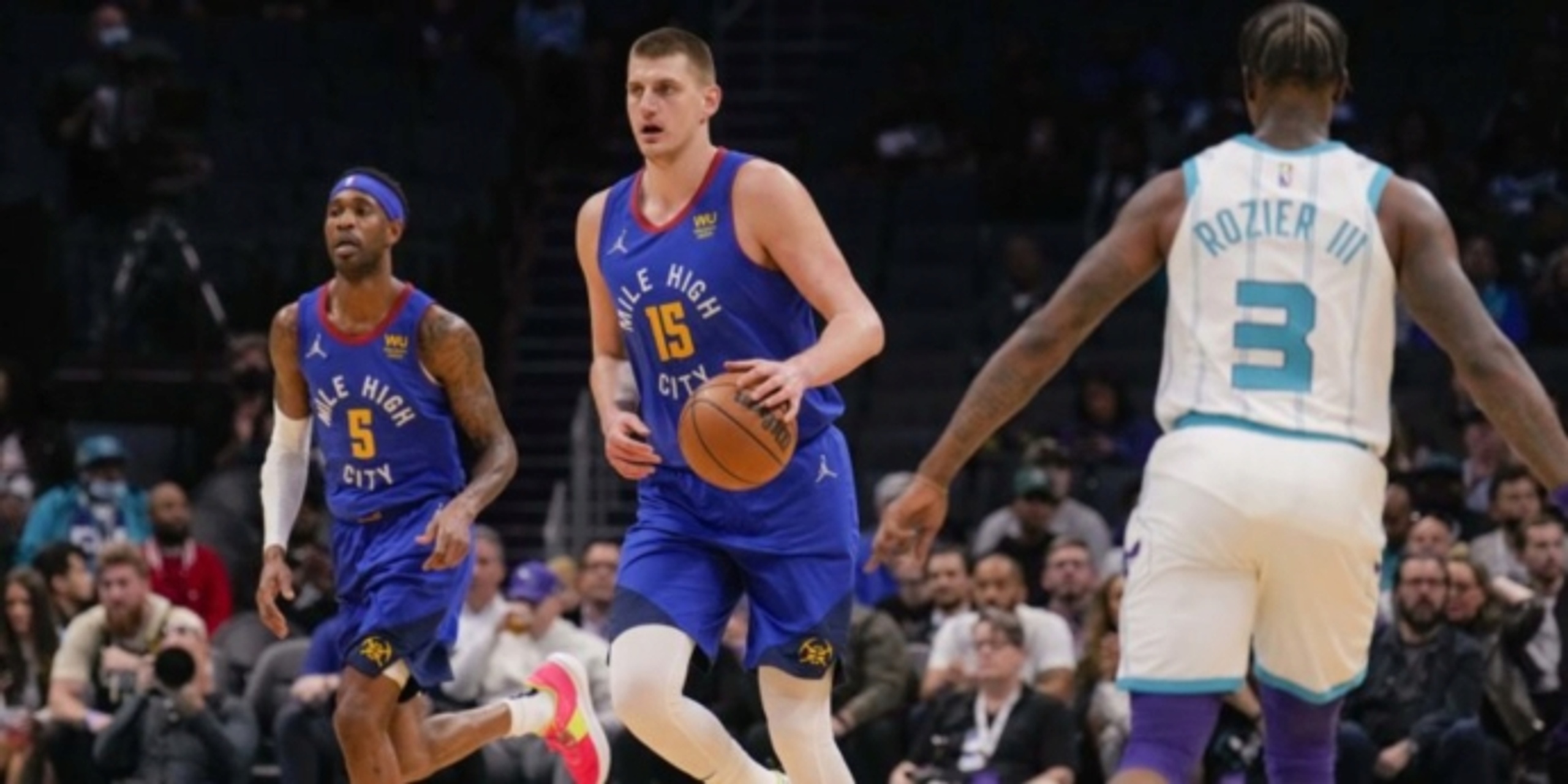 Nikola Jokic had 26 points, 19 rebounds and 11 assists for his 19th triple-double of the season, and the Denver Nuggets held on to beat the Charlotte Hornets 113-109 on Monday night.

Aaron Gordon added 21 points and Will Barton scored 18 for the Nuggets, who earned a split of the season series.

Miles Bridges had 27 points and 11 rebounds and LaMelo Ball added 22 points, 11 assists and six rebounds for Charlotte, which fell to 1-13 in the second night of back-to-backs. The loss dropped the Hornets to ninth place in the Eastern Conference, a half-game behind the idle Brooklyn Nets.

Denver took a 83-74 lead into the fourth quarter and quickly extended it to 13 points. The Hornets battled back to cut the lead to one with 4:07 left behind 3-pointers from Isaiah Thomas, Bridges and Ball and an alley-oop dunk by Bridges.

The Hornets had several chances to tie the game, but shots wouldn't fall.

Monte Morris put the Nuggets up by five with two free throws with 38.8 seconds left before Rozier answered with a 3.

Jokic missed a jumper on Denver's next possession, but got his own rebound and was fouled hard with 8.6 seconds left. He made both shots to make it a two-possession game.

The Hornets couldn't score on their final possession, losing for only the second time in the last eight games.

Denver dominated the offensive boards and finished with 32 second-chance points.

Montrezl Harrell and Gordon exchanged words and some light shoves near the end of the third quarter, resulting in Harrell getting two technical fouls and being ejected from the game.

Gordon was assessed one technical foul, but remained in the game.

It started when Harrell appeared to step over Austin Rivers — who was on the ground after taking a shot to the head — and then shoved Gordon with one arm, prompting a retaliatory shove from Gordon. The two then had to be separated by teammates and, after a long delay, Harrell was ejected.

Nuggets: At Pelicans on Wednesday night.

Hornets: At Knicks on Wednesday night.