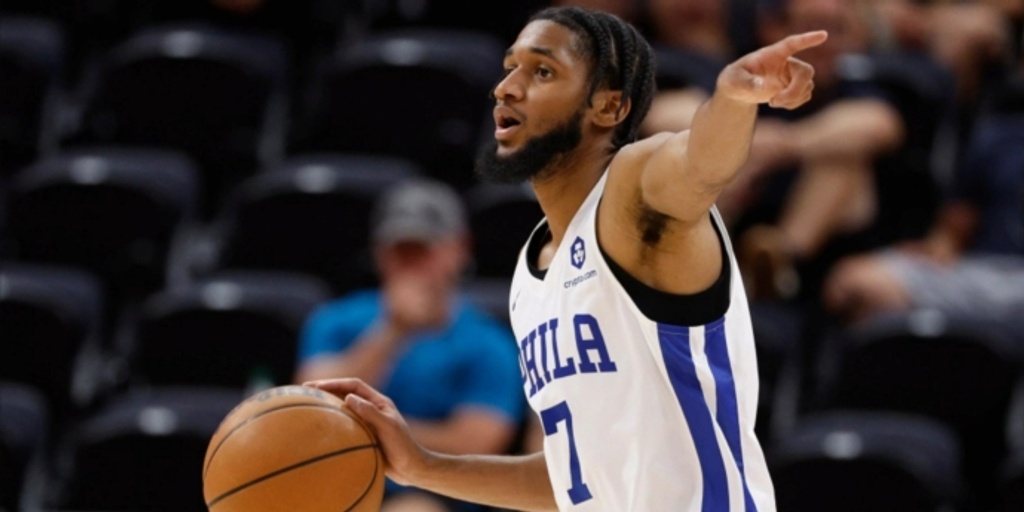 Isaiah Joe made a go-ahead 3-pointer with 25 seconds left, his fourth of the game, and the Philadelphia 76ers beat the Oklahoma City Thunder 80-79 on Thursday on Day 3 of the Salt Lake City Summer League.

Tre Mann missed a 3-pointer in the closing seconds and Paul Reed secured the rebound to hand the Thunder, who rested No. 2 pick Chet Holmgren in their third game in three nights, their first loss in three games.

Joe finished with 19 points and Reed had 14 points and seven rebounds for Philadelphia.

Mann scored 13 points. Josh Giddey, coming off a triple-double, had 10 points, five rebounds and seven assists for the Thunder.

Oklahoma City scored the first six points of the game but Philadelphia answered with a 19-2 run.

Ziaire Williams scored 10 of his 19 points in the third quarter and Memphis closed out the SLC Summer League with a victory over Utah.

Memphis trailed 50-38 at halftime. Williams scored six straight points to cut the Grizzlies’ deficit to single digits midway through the third quarter and David Roddy — one of Memphis’ two first-rounders in the 2022 draft — had a dunk and a three-point play late to help knot the score at 68 heading into the final quarter.