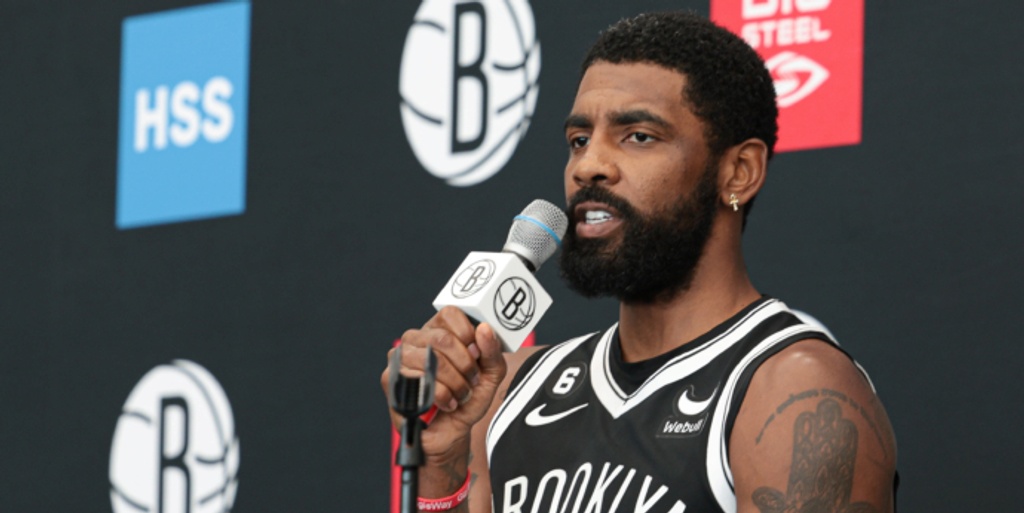 NEW YORK (AP) — Kyrie Irving said Saturday he embraced all religions, defiantly defending his right to post whatever he believes after the owner of the Brooklyn Nets said he was disappointed that Irving appeared to back an antisemitic film.

“We're in 2022. History is not supposed to be hidden from anybody and I'm not a divisive person when it comes to religion,” Irving said during a tense postgame press conference. “I embrace all walks of life.”

Nets owner Joe Tsai said Friday he was disappointed that Irving appeared to support a film “based on a book full of antisemitic disinformation.” The star guard for the Nets posted a link for the film “Hebrews to Negroes: Wake Up Black America” on Twitter on Thursday. The synopsis on Amazon said the film “uncovers the true identity of the Children of Israel.”

“The organization has spoken to Kyrie about it,” Nets coach Steve Nash said before their loss to Indiana, not divulging specifics of what that meant.

But nothing that was said will stop Irving from what he wants to share.

“I’m not going to stand down on anything I believe in,” he said. “I’m only going to get stronger because I’m not alone. I have a whole army around me.”

Irving said he understood Tsai's position but was quick to say that he did nothing harmful, adding that just because he posts about something doesn't necessarily means he supports it.

“Did I do anything illegal? Did I hurt anybody?” Irving said. “Did I harm anybody? Am I going out and saying that I hate one specific group of people?”

But he went far enough that the Nets and the NBA spoke out against hate speech.

Tsai and the Nets reacted quickly to the latest trouble stirred up by Irving, who had previously supported the idea of the Earth being flat and last month on social media shared an old clip from conspiracy theorist Alex Jones — though Irving clarified that he didn't stand with Jones when it came to anything regarding the shootings at Sandy Hook.

“I want to sit down and make sure he understands this is hurtful to all of us, and as a man of faith, it is wrong to promote hate based on race, ethnicity or religion,” Tsai wrote on Twitter regarding Irving.

The NBA on Saturday said “hate speech of any kind is unacceptable."

“We believe we all have a role to play in ensuring such words or ideas, including antisemitic ones, are challenged and refuted and we will continue working with all members of the NBA community to ensure that everyone understands the impact of their words and actions," the league said.

It was not clear if that meant the league has spoken to Irving, or plans to speak to him on the matter.

Irving was unavailable for most of the Nets’ home games last season because he refused to be vaccinated against COVID-19, as was mandated in New York City. The Nets then declined to give him a contract extension this summer, meaning Irving could be in his final season with the team.

“The Brooklyn Nets strongly condemn and have no tolerance for the promotion of any form of hate speech," the team said in a statement. "We believe that in these situations, our first action must be open, honest dialogue. We thank those, including the ADL, who have been supportive during this time.”

Nash was asked Saturday if he felt if the latest Irving storyline was a distraction to the team.

“I don't think our group is overly affected by the situation," Nash said. “We've had so many situations over the last 2 1/2 years that I think we've kind of built an immunity to some of it. I also think our guys aren't that familiar with the material."