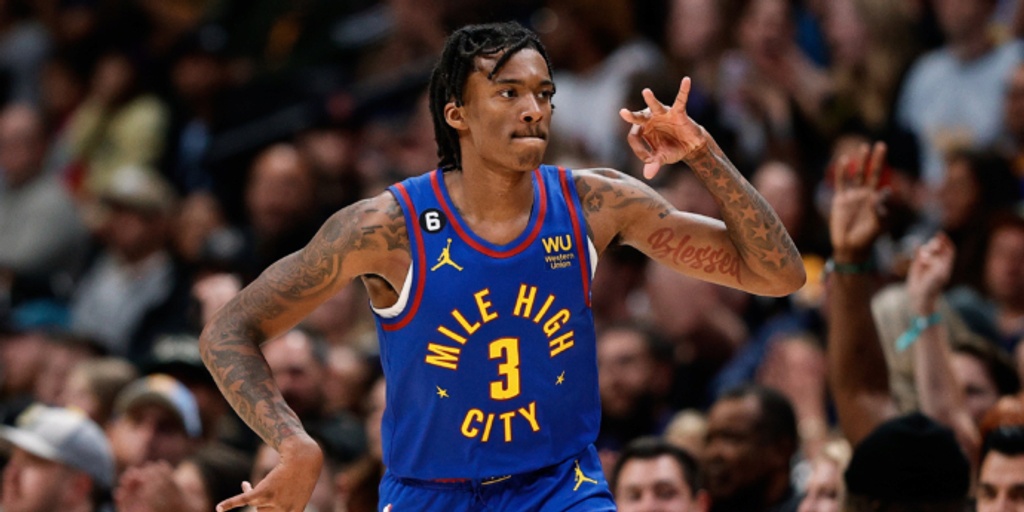 DENVER (AP) — Bones Hyland scored 24 points, Nikola Jokic added 21 and the Denver Nuggets shot over 60% from the field in a 126-101 win over the San Antonio Spurs on Saturday night.

Michael Porter Jr. added 15 points and Jamal Murray chipped in 13 for the Nuggets, who shot 53 of 87 (60.9%) and remained unbeaten in four games at home this season. “We have a very unselfish team and we did some good things tonight,” said Nuggets coach Michael Malone, taking note of Denver's season-high 37 assists. “I’m just so happy we’re playing well at home. Last year, we were not a very good home team. It’s early in the season, but we’re 4-0.”

Keldon Johnson scored 25 points and Devin Vassell 20 for the Spurs, who lost their third in a row, including both ends of a back-to-back set.

Ahead by 19 points at the break, the Nuggets outscored the Spurs 29-25 in the third quarter, leaning on a 12-0 burst midway through the period for a 99-76 advantage heading into the final quarter. Porter capped the flurry by hitting a 3-pointer and a layup in succession, both off feeds from Jokic, who finished with 10 assists.

The Nuggets remained hot through the fourth quarter, buoyed by Hyland, who scored 17 of his points in the second half, including five of his six 3-pointers. “What I liked most was it wasn’t just the Bones show,” Malone said of Hyland, who also had seven assists, five rebounds and two steals against just one turnover. “He got everybody else involved. I’m just really happy for him because the last week has been tough on him, dealing with the injury (hip soreness) and being in and out of the lineup. But he went out there and hooped tonight.”

Hyland, who was held out of Thursday’s game at Oklahoma City, said the rest was beneficial and he was able to quickly get in a groove.

“I just felt like the basket was opening up, like an ocean out there,” Hyland said. “I was just having fun. Once I get in that mode, it’s like unstoppable.”

Spurs: G Wesley Blake, who sustained a torn left medial collateral ligament Sunday against Minnesota, is expected to be sidelined six to eight weeks. … The Spurs came into the game allowing an average of 120.7 points per game, second most in the NBA.

Nuggets: F Zeke Nnaji was ruled out after suffering a right ankle sprain Thursday at Oklahoma City. … G Ish Smith remained sidelined with a right calf strain. … Denver’s 70-point first half was a point shy of their season high achieved in Thursday’s win at Oklahoma City. … Denver also made 15 of its 29 3-point attempts (51.7%) compared to 40% for the Spurs (12 of 30).