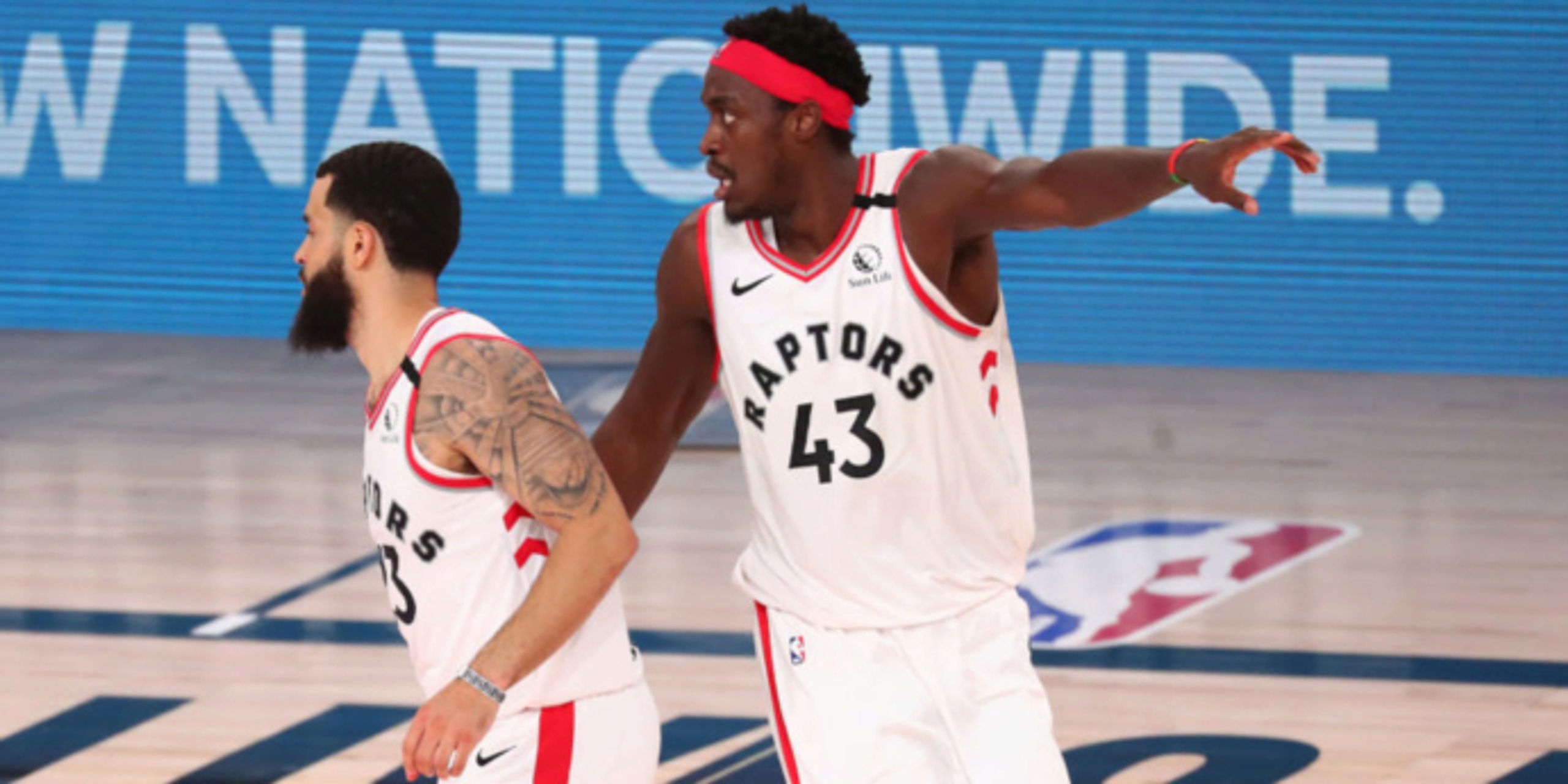 Hoping for home: Raptors thank Tampa, but clamor for Toronto

Fred VanVleet has nothing but great things to say about Tampa. He likes the food. The people in the arena are friendly. The temporary accommodations for the Toronto Raptors were as good as anyone could expect. He didn’t even mind that an alligator was living in his backyard.

The Raptors’ guard has just one complaint.

“It’s just not Toronto,” VanVleet said. “It’s not where we’re supposed to be.”

Now comes an offseason where point guard Kyle Lowry — he's now called the GROAT, or the greatest Raptor of all-time — is a free agent. There also is uncertainty over team executive Masai Ujiri’s status with the franchise and without any guarantees that Toronto will be home again when next season begins in a few months.

“It wasn’t like we didn’t have the facilities or whatever,” Raptors coach Nick Nurse said. “The time restrictions that you could spend together, how you were spending them together, the testing that prevented that how you would normally like to operate, they were the main issues that I saw.”

The Raptors got off to a slow start, seemed to find their stride about a month into the year and were looking very much like a playoff team until those virus problems presented themselves. Toronto, which needed the temporary home this season because of the challenge that crossing the U.S.-Canada border during a pandemic would present, wasn’t the same since.

“I would like to think this team could have been a heck of a lot better than this,” Nurse said.

Going home would be a help, VanVleet said. The weather in Florida in January is a bit nicer than what’s common in Toronto that time of year, but VanVleet missed it all. He missed the change in seasons, the rabid fan base that the Raptors have built, the familiarity with a true home city.

That’s why he isn’t thinking that the Raptors’ window for winning has suddenly closed. This year won’t be erased from the records, but no other team in the NBA was facing what Toronto was this season.

“We took a few bumps and bruises along the way,” VanVleet said. “But we’ll be all right.”

WHERE IT WENT WRONG

The Raptors were 9-3 in a three-week stretch spanning late January and most of February, getting themselves into the thick of the Eastern Conference race. That’s when players and coaches were lost to the virus-related issues, and Toronto lost 15 of its next 17 games. The Raptors were technically in the play-in race until about a week remained in the season, but didn’t exactly pursue it with a ton of vigor.

Nurse is also the coach of the Canadian men’s national team, which will need to win a six-team Olympic qualifying tournament in British Columbia to make the Tokyo Games. He doesn’t mind the workload. “We’ve got 2-1/2, three weeks with Canada, unless we win,” Nurse said. “And if we win, the extra month or six weeks that we put in is certainly going to be worth it.”

VanVleet and Pascal Siakam were both consistent 20-point scorers, and Lowry has said for a while now that the Raptors will eventually become VanVleet’s team from a leadership standpoint. If Lowry leaves as a free agent, then clearly that time will have arrived. Lowry was bracing to be moved at the trade deadline, but the Raptors held on to him then and will almost certainly try to woo him back.

The Raptors had 10 players post at least one game in which they scored 30 or more points this season, with five different players — VanVleet, Lowry, Siakam (twice), Stanley Johnson and Jalen Harris — doing it in the final two weeks of the season alone.

In 2019-20, the Raptors used 18 starting lineups in 72 regular-season games. This year, again playing exactly 72 games, they used 38 starting lineups. It was tough to be consistent when the rotation was constantly changing.