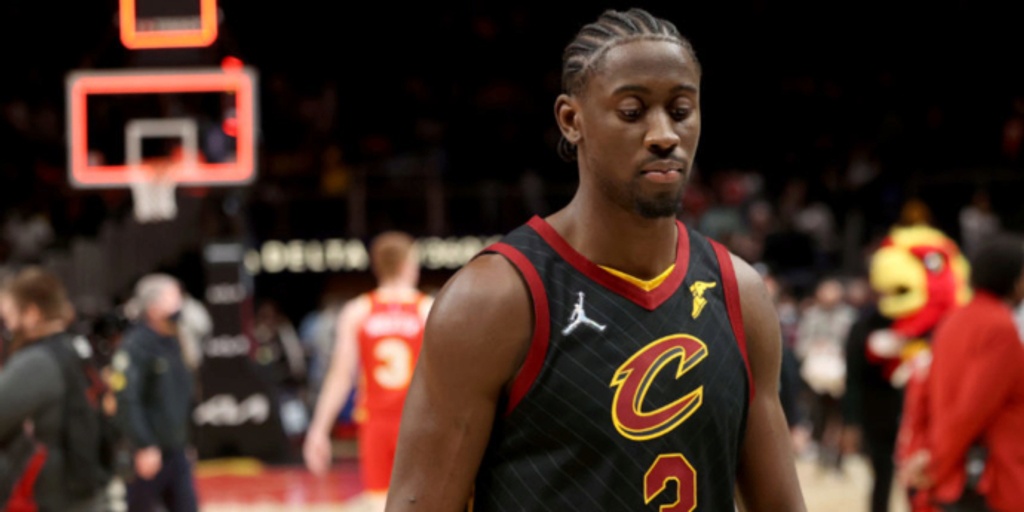 Garland, LeVert out with injuries as Cavs return from break

The Cavaliers are coming back from the All-Star break at less than full strength.

All-Star guard Darius Garland will miss Cleveland's game Thursday night at Detroit with a back issue that has slowed him for weeks while newly acquired guard Caris LeVert is sidelined with a sprained right foot.

Cavs coach J.B. Bickerstaff did not mention anything about Garland or LeVert's status following Wednesday's practice.

The Cavs have had to overcome injuries all season — leading scorer Collin Sexton and guard Ricky Rubio were lost for the year with knee injuries — and are currently fourth in the Eastern Conference at 35-23.

LeVert has played in four games since the Cavs acquired him a trade with Indiana before the deadline, averaging 13.3 points and 3.8 assists.

He's made one start with Cleveland and Bickerstaff has been toying with the idea of having LeVert in his opening lineup. He's also figuring out how the 6-foot-6 scorer fits in best to Cleveland's offensive schemes.

“We sat down and had some conversations about where he’s comfortable, where he likes the ball, places where he’s had the most success in his past,” Bickerstaff said of LeVert. “I think we have a great understanding of how we can get it done. The next thing becomes actually going out and doing it."

It's not yet known when LeVert injured his foot.

While they'll be without Garland and LeVert, the Cavs could have forward Lauri Markkanen back against the Pistons after he missed 11 games with a severely sprained right ankle suffered on Jan. 22.

Markkanen, who is in his first season with Cleveland, practiced Wednesday and the Cavs will see how it responds before deciding if he'll play.

When Markkanen is available, Bickerstaff can play a “tall ball” lineup with rookie forward Evan Mobley (6-foot-11) and All-Star center Jarrett Allen (6-10). Markkanen's injury looked more serious when he went down and he's excited to get back on the floor.

“I’ve rolled my ankle before, I know how it feels,” he said. “But this felt different, so I was a little disappointed when it happened. I think it hurt more than my previous ankle sprains, so I thought it was going to be more significant. But when I did the imaging and found out what it was, it was a relief that I might not miss as much time as I thought.”