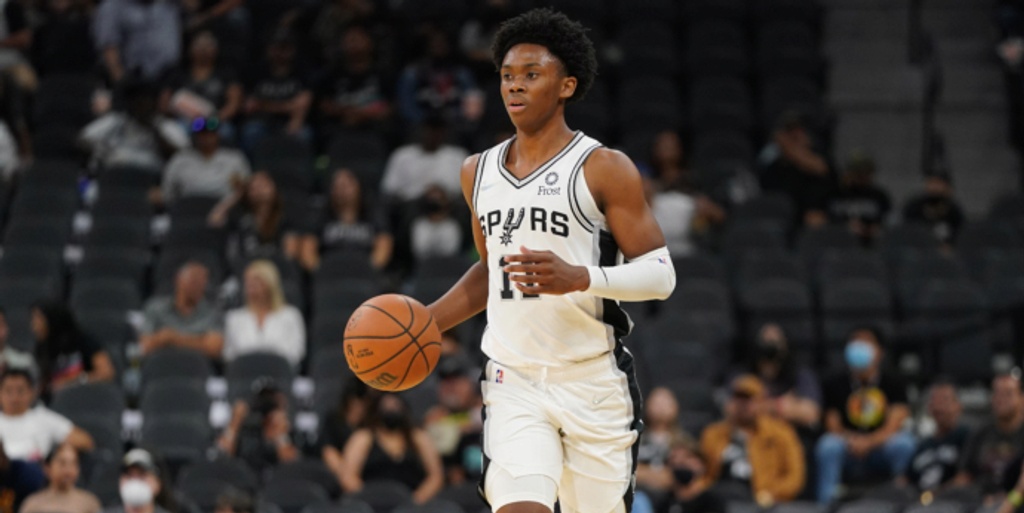 SAN ANTONIO (AP) — A psychologist who worked for the San Antonio Spurs has settled her lawsuit against the team and former player Josh Primo over allegations he had exposed himself to her multiple times in private sessions, her attorney said Thursday.

Hillary Cauthen worked as a performance psychologist for the team. In a lawsuit filed earlier this month in Bexar County, where San Antonio is located, she had accused the 19-year-old Primo of exposing his genitals to her nine times “despite her numerous complaints about Primo’s improper sexual conduct to the organization’s leadership.”

“The parties have agreed to resolve this matter,” Cauthen’s attorney, Tony Buzbee, said in a one sentence statement. Details of the settlement were not disclosed.

In a statement, Spurs CEO R.C. Buford said since the allegations against Primo were made, the team has taken measures “to ensure that all parties involved are treated with dignity and respect.” The team has collaborated with Cauthen and other experts to “review and improve our workplace processes and procedures.”

“This is a learning opportunity for us, and one that we are certain will make us better moving forward,” Buford said.

The lawsuit’s settlement comes as the Bexar County Sheriff’s Office continues investigating the allegations against Primo.

In her lawsuit, the team’s former performance psychologist said the Spurs did nothing to discipline Primo or address her concerns.

Cauthen said she had informed and requested a meeting with Spurs general manager Brian Wright after what she described as Primo’s first incident of indecent exposure in December 2021. She said her request for a meeting in January was postponed by Wright until March, during which time Cauthen continued to counsel Primo despite her concerns.

Cauthen said her role with the team was marginalized in the months that followed, culminating in her contract not being renewed in August.

Cauthen said she was angry, confused and sad that Primo had not faced any discipline for his actions until the Spurs released him an hour before their Oct. 28 home game against Chicago. Primo has not signed with another team.