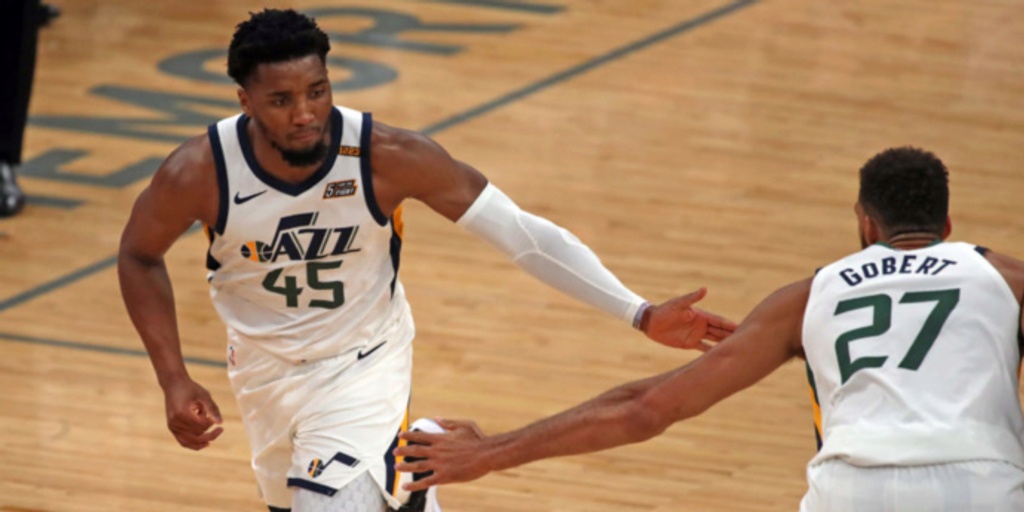 Donovan Mitchell scored 30 points, and the top-seeded Utah Jazz grabbed a 3-1 lead Monday night by holding off the Memphis Grizzlies 120-113.

Now the team with the NBA's best record in the regular season can close out this first round, best-of-seven series Wednesday night in Game 5 in Salt Lake City.

Ja Morant, who averaged 33.7 points through the first three games, scored 23 and had 12 assists for Memphis. Dillon Brooks and Jaren Jackson Jr. each added 21, De'Anthony Melton had all 15 of his points in the fourth quarter and Jonas Valanciunas finished with 14 points and 12 rebounds.

Memphis opened the fourth quarter on a 12-2 run, taking advantage as the Jazz missed their first nine shots from the floor. Melton hit 5 of 7 shots in the period — including a trio of 3s. His 3 with 5:30 left got the Grizzlies within 106-104.

Conley, with former Grizzlies teammates Zach Randolph and Tony Allen on hand, ended the Jazz' scoring drought with a 3. The Jazz went 3 of 16 in the fourth but 11 of 12 at the free throw line. Mitchell hit all six and finished 12 of 13 at the line.

The Grizzlies had their best start to a game in this series, scoring the first four points and leading by as much as four. Better yet, Utah never led by more than five and was up only 34-31 after the first quarter.

Yet Memphis, the youngest team in this postseason, never led by more than four. Utah showed off its talent and experience answering each Grizzlies’ run.

The teams swapped the lead 11 times with seven ties in the first half. The Jazz used a 13-2 run to take their biggest lead at 59-50 on back-to-back 3s by Mitchell before Morant scored the final four of the half to trim Utah’s lead to 59-54.

Jazz: Gobert missed the only shot he took in the first quarter, missed his second attempt in the second quarter and picked up his second foul at 9:50 left. He had just one point and two rebounds by halftime. ... Clarkson helped Utah finish with a 40-30 edge in bench scoring. ... They shot 17 of 34 (50%) on 3-pointers.

Grizzlies: Valanciunas started this game much better than Game 3 when he scored all 10 of his points in the third quarter. This time, he had six points and two rebounds in nine minutes. ... Jackson’s season-high was 20 points against Toronto on May 8 after missing most of the season recovering from knee surgery.