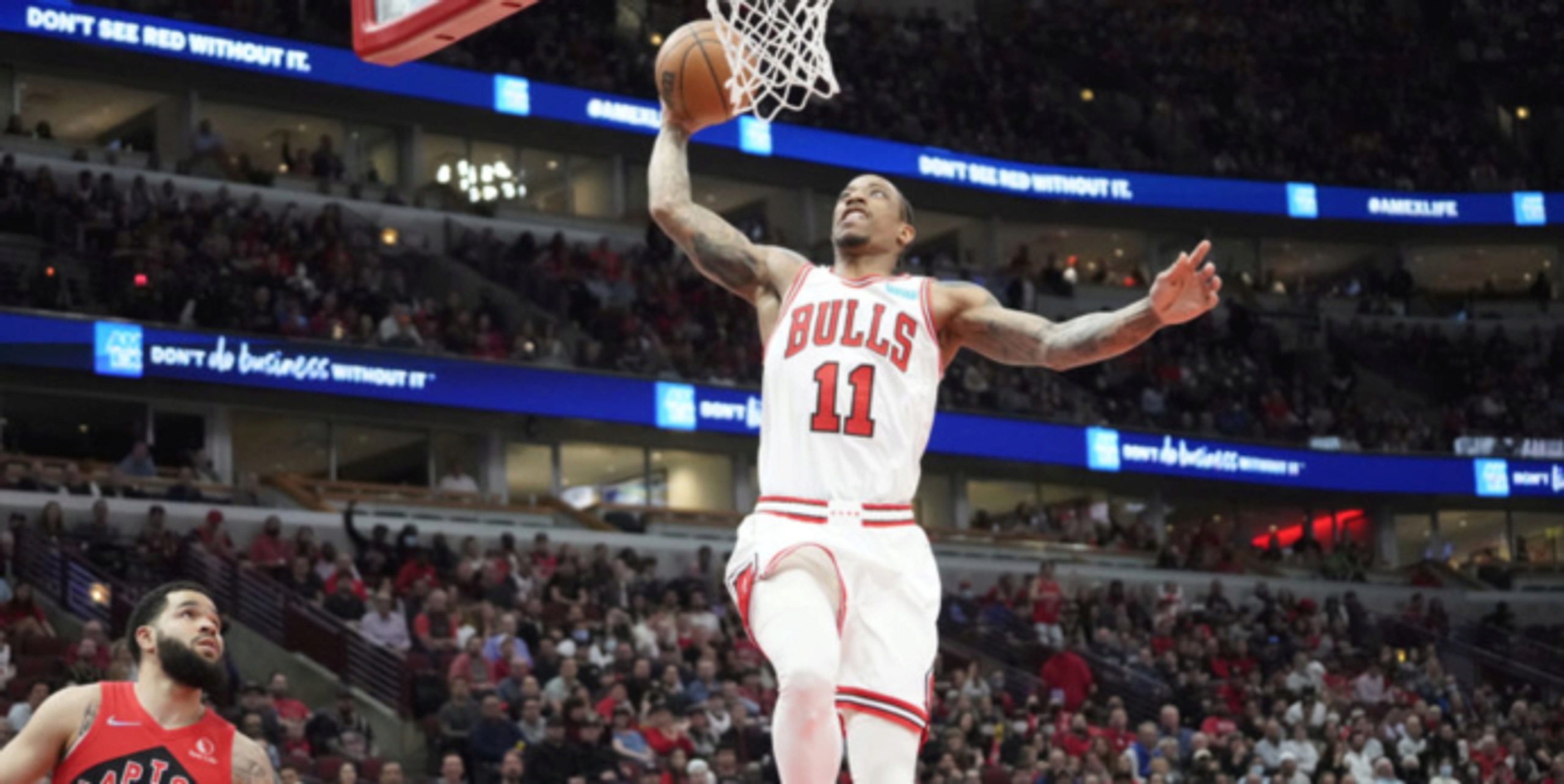 DeMar DeRozan and Zach LaVine each scored 26 points and Nikola Vucevic had 19 points and 13 rebounds as the Chicago Bulls beat the Toronto Raptors 113-99 on Monday night.

DeRozan shot 11 for 14 as the Bulls snapped a three-game losing streak and remained in fifth place in the Eastern Conference.

Pascal Siakam led Toronto with 22 points on 8-of-14 shooting and had five rebounds. Fred VanVleet scored 19 points on 7-for-22 shooting from the field and 3-for-12 sniping from 3-point range. Chris Boucher had 19 points, and a team-high 10 rebounds.

The Raptors, who had won six of seven heading into Monday's game, remain in seventh place in the Eastern Conference.

Toronto hung around until LaVine scored eight-straight points to break the game open in the third quarter as the Bulls pieced together a 21-8 run.

Toronto forward Thaddeus Young got the deficit under 10 points with a layup with 35.1 seconds left in the third quarter, but LaVine buried a 3-pointer from the left corner to put the Bulls back up by double digits, 84-73, to start the fourth quarter.

The Bulls assisted on 28 baskets and turned the ball over just six times, despite Toronto building a 62-48 scoring edge in the paint.

Chicago forward Patrick Williams returned to the court for the first time since Oct. 28 after undergoing surgery to repair torn ligaments in his left wrist.

Raptors: F Thaddeus Young has brought valuable veteran experience since being acquired from San Antonio in February, according to coach Nick Nurse. “(VanVleet) has gravitated to (Young) a little bit. He’s a real pro. He’s very involved in the game plan and the teaching of the guys already,” Nurse said. ... Toronto was without guard Gary Trent Jr. after he hyperextended his toe late in a 93-88 win over Philadelphia on Sunday. F OG Anunoby was out with a finger fracture, missing his 15th game since Feb. 16. Nurse said Toronto is getting used to filtering players in and out of the lineup due to injuries and acquisitions after an adjustment period earlier in the season.

Bulls: After undergoing left knee surgery to repair a torn meniscus in January, G Lonzo Ball will miss more time, according to coach Billy Donovan. Ball and the medical staff met and decided to stop running and cutting for 10 days in the hope of eliminating pain as Ball also recovers from a bone bruise. “There’s no complications from the surgery ... they’re trying to figure out why he’s having this discomfort, and some of that could be he’s got a little bruising there.” ... Williams didn’t look limited in 11 minutes of first-half action, scoring five points on 2-of-5 shooting, and grabbing two rebounds. Donovan kept him on a 25-minute cap.

Bulls: At Milwaukee Bucks on Tuesday.