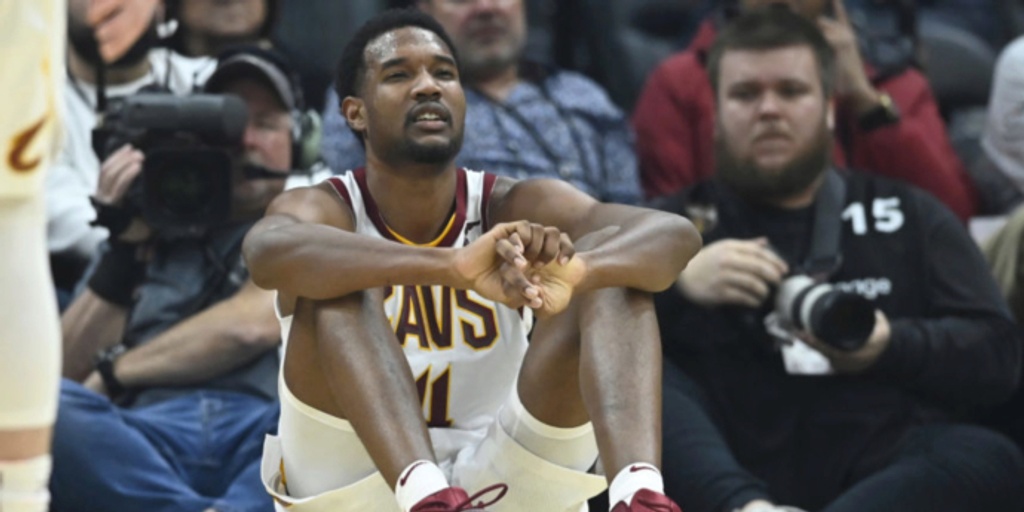 Darius Garland had 25 points and 12 assists, leading Cleveland to a 107-101 victory over the Orlando Magic on Monday night in a game in which the Cavaliers lost rookie big man Evan Mobley to a sprained left ankle.

Mobley, the No. 3 overall pick, landed on the foot of Franz Wagner while defending under the basket in the second quarter. He limped to the locker room after briefly laying on the court and did not return to the game.

Lauri Markkanen scored 20 points, Kevin Love had 19 points and seven rebounds, and Isaac Okoro added 11 points for the Cavaliers, who snapped a three-game losing streak and remained seventh in the Eastern Conference with a 42-33 record.

The Cavaliers clinched their first winning season in four years. It is the first time they will finish above .500 without LeBron James on their roster since 1997-1998.

Mobley is averaging 14.9 points and 8.3 rebounds, placing him squarely in the Rookie of the Year race with Toronto’s Scottie Barnes and Detroit’s Cade Cunningham.

Brazdeikis’ layup gave Orlando a 92-90 lead midway through the fourth, but Markkanen and Garland combined to score the next 12 points, putting Cleveland in front for good. It was capped by an alley-oop from All-Star point guard Garland to Markkanen.

Love had eight points in an 18-3 run to start the second that extended Cleveland’s lead to 45-25. The Magic answered with a 20-4 spurt, fueled by six points from Carter to pull within two. Cavaliers carried a 60-53 lead into the break.

The Cavaliers lost their two most important games of the season to date, 117-104 at Toronto and 98-94 to Chicago in a three-day span. As a result, Cleveland slipped to seventh in the East and now trails both teams. “It was the magnitude of the moment and the (limited) experience level of our guys,” coach J.B. Bickerstaff said. “It hurts. It’s painful. But you have to go through it and you have to take some lumps.”

Four of the Cavaliers’ final seven games are on the road.

Magic: Coach Jamahl Mosley watched the Oscars with Bickerstaff at his house. … Wagner, Detroit’s Saddiq Bey and Phoenix’s Mikal Bridges are the only NBA players to start every game this season. … Rookie G Jalen Suggs (right ankle bruise), the No. 5 overall pick, last played on March 13 against Philadelphia. … C Bol Bol (right foot surgery) and C Jonathan Isaac (left knee rehabilitation) are out for the season.

Cavaliers: Mobley needs one point to become the eighth rookie in franchise history with 1,000. … F Dean Wade (right meniscus tear) will miss the rest of the season after undergoing knee surgery. Wade, who made 28 starts, averaged 5.3 points in 51 games. … C Moses Brown’s second 10-day contract runs through March 30. … Cleveland took a 59-58 lead in its series with Orlando, which entered the NBA in 1989.