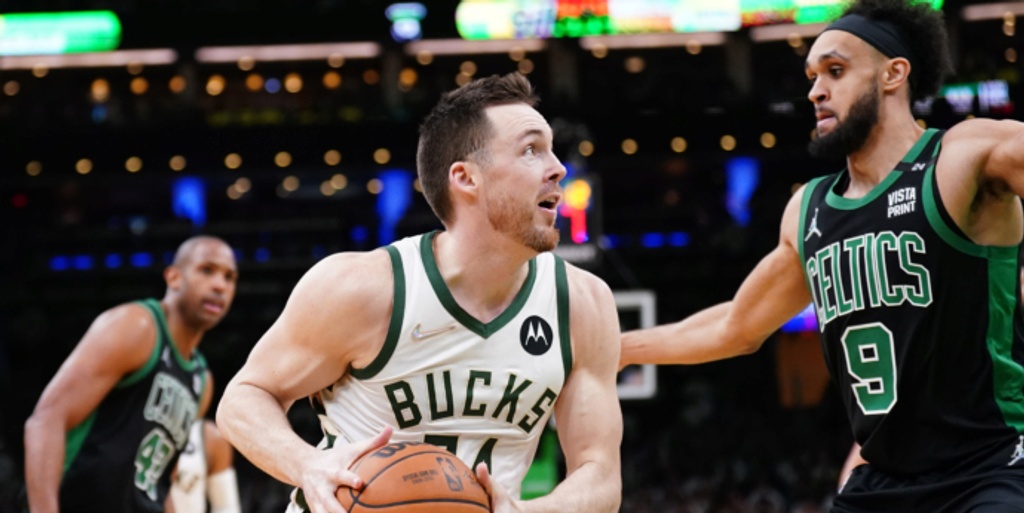 Bucks' Connaughton to miss about 3 weeks with strained calf

MILWAUKEE (AP) — Milwaukee Bucks guard Pat Connaughton is expected to miss the first few weeks of the season with a strained right calf.

Connaughton had missed the Bucks’ final two preseason games with calf soreness. The Bucks said Connaughton underwent an MRI on Friday that revealed the strain and will be out for approximately three weeks.

Connaughton, 29, signed a contract extension this summer after averaging 9.9 points, 26 minutes and 2.2 3-pointers per game to set career highs in all three categories. The 6-foot-5 guard also had 4.2 rebounds and 1.3 assists per game.

Middleton underwent surgery on his left wrist this summer and is hoping to return early this season. Ingles is recovering from a torn anterior cruciate ligament and isn’t expected to make his Bucks debut until December or January.

The Bucks open the season Thursday at Philadelphia.