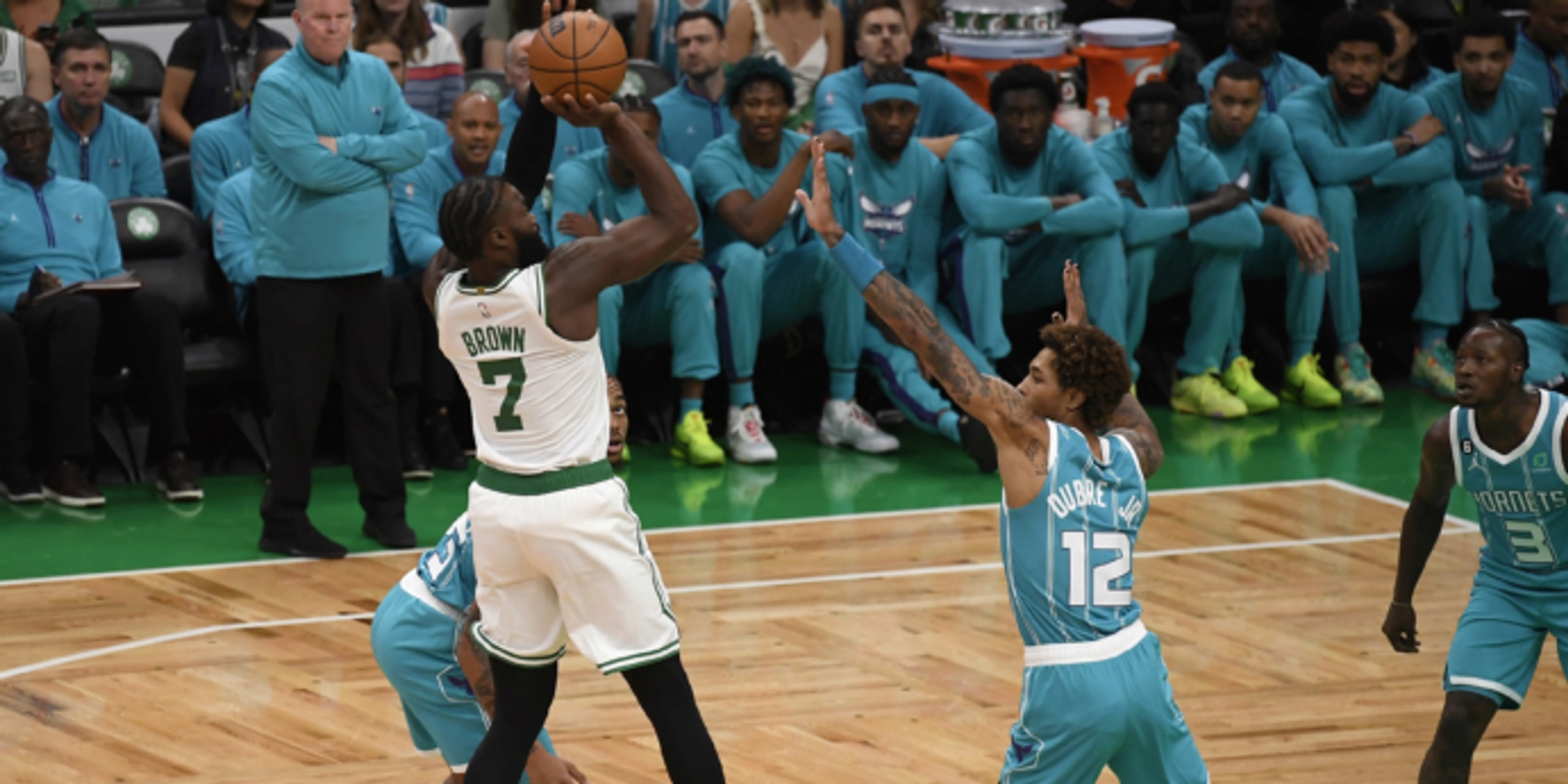 Sam Hauser finished with 14 points for Boston, connecting on 5 of 6 from the field, including four 3-pointers, part of the Celtics making 22 from outside the arc. Malcom Brogdon, picked up in a trade with Indiana, had 11 points.

Kelly Oubre Jr. led the Hornets with 17 points, while LaMelo Ball scored 14, albeit on 5 of 19 from the field. Ball also had seven rebounds and four assists. Terry Rozier finished with 11 points, and Jalen McDaniels had 10.

The Celtics returned to the court three months after coming within two wins of an unprecedented 18th NBA title. Since then, coach Ime Udoka was suspended for the entire season after allegations of an inappropriate relationship in the workplace.

The Hornets are now under coach Steve Clifford, in his second run with Charlotte after James Borrego was fired following the season.

Charlotte connected on 35% of its overall shots and made only five of 33 shots from 3-point range. Boston led 68-46 at halftime and stretched the lead to as many as 46 in the second half.

Josh Jackson also had 10 points for the Raptors on 4-for-5 shooting from the field.

Lauri Markkanen led the Jazz with 20 points, and Collin Sexton and rookie Walker Kessler each contributed 11 points. Kessler, the No. 22 overall pick from Auburn, was 5 of 7 from the field in 13 minutes.

The Raptors' starters played limited time, none of the first five logging more than 18 minutes.

The game was the first look at the changes for the Jazz, who traded key pieces like center Rudy Gobert, Royce O’Neale, Donovan Mitchell and Bojan Bogdanovic during the offseason. Even former coach Quin Snyder is gone, making way for Will Hardy.

Markkanen, one of several players who came from Cleveland in the trade for Mitchell, helped the Jazz stay within 50-49 at the half with 17 first-half points. But Toronto would outscore Utah 32-15 in the third quarter to take control.

Rookies Jabari Smith, the third overall pick in this year's draft, and Tari Eason, the No. 17 selection, each scored 21 points Sunday night as Houston defeated San Antonio in the preseason opener for both teams.

Smith, a 6-foot-10 forward from Auburn, connected on 8 of 15 shots, including 5 of 8 from 3-point range over 24 minutes. Eason was 9 of 13 from the field. Josh Christopher added 15 points, and Eric Gordon and Alperen Sengun totaled 13 points each for the Rockets.

Devin Vassell led the Spurs with 13 points, and Isaiah Roby scored 12. Zach Collins finished with 11 and rookie Malaki Branham, the 20th overall pick from Ohio State, added 10 points, making all but one of his five shots, including 2 of 3 from 3-point range.