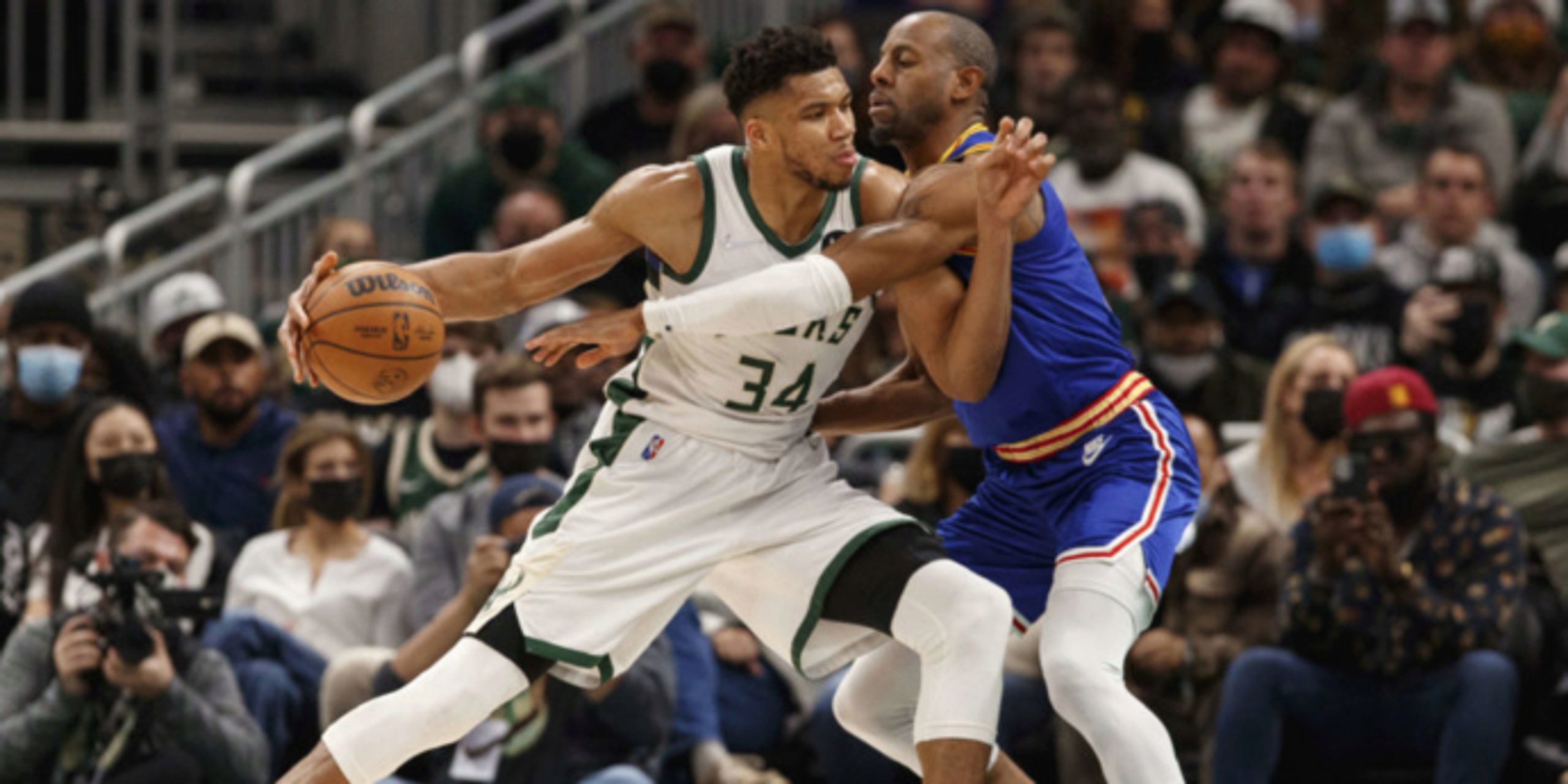 MILWAUKEE (AP) — Giannis Antetokounmpo scored 30 points and had his third triple-double of the season to help Milwaukee rout the Golden State Warriors 118-99 on Thursday night in Bucks coach Mike Budenholzer's return from the NBA’s COVID-19 protocols.

Antetokounmpo had 12 rebounds and 11 assists for his 28th career triple-double.

Budenholzer missed four games while in the health and safety protocols, with assistant Darvin Ham taking over as acting head coach. The Bucks went 1-3.

Milwaukee never trailed and raced to a 77-38 halftime advantage. Antetokounmpo had 23 points, seven rebounds and seven assists in the first half.

The Bucks were just two points shy of their largest halftime lead in franchise history, a record they set this season. Milwaukee led 77-36 at the half in a 123-92 victory over Orlando on Nov. 22.

Golden State outplayed the Bucks in the second half and reduced the deficit to 18 on Juan Toscano-Anderson’s 3-pointer with 9:39 left, but that’s as close as the Warriors would get.

The Warriors didn’t have Draymond Green due to left calf tightness, which also kept him out of a loss at Memphis on Tuesday night and caused him to play less than a minute Sunday in a victory over Cleveland.

Milwaukee was missing guard Jrue Holiday for a fourth straight game. Holiday sat out a Jan. 2 victory at Brooklyn while in the NBA’s health and safety protocols and has since sat out three games with a sore left ankle.

The Warriors have suffered lopsided losses during each of their last two trips to Milwaukee.

Last season, the Bucks beat the Warriors 138-99 in a Christmas Day matchup in front of no spectators at Fiserv Forum.

Warriors: With the Warriors playing on back-to-back nights, they planned to rest Thompson on Friday night at Chicago. Thursday marked Thompson’s third game back after being out for over 2 1/2 years because of a torn anterior cruciate ligament and an Achilles tendon injury. “Part of the process of his recovery is he’s not going to play back-to-backs early on,” Warriors coach Steve Kerr said. … Gary Payton II played less than five minutes before lower back tightness knocked him out for the rest of the game. ... Assistant coach Kenny Atkinson entered health and safety protocols and wasn’t on the bench Thursday.

Bucks: George Hill returned after missing four games while in health and safety protocols. ... The Bucks signed guard Lindell Wigginton to a two-way contract and requested waivers on guard Javonte Smart, who averaged 2.4 points, 1.5 rebounds, 1.1 assists and 12.3 minutes while appearing in 13 games. … Budenholzer said he feels great now but there were a few days that he didn’t feel well while in the protocols. “I think everybody goes through a little different experience,” he said.

Warriors: At Chicago on Friday night.