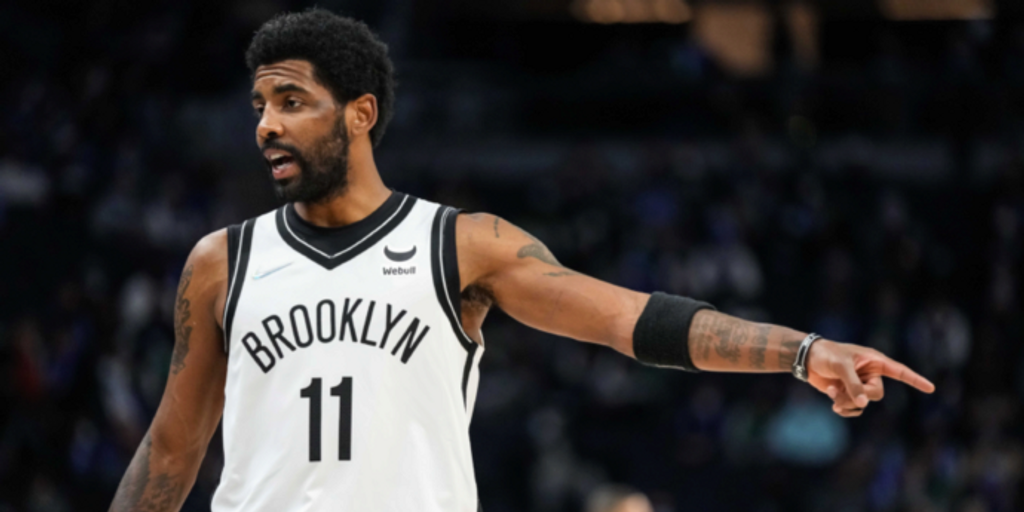 It has become an annual joke, one that NBA players keep repeating.

For the sixth consecutive year, players had the right to have a significant say in the process of deciding who will start the All-Star Game. The NBA uses a formula to do that now, with fan voting counting for 50% of the total, a media panel counting for 25% and the players themselves getting 25%.

And, also for the sixth consecutive year, most players didn’t take the process seriously.

The NBA got votes back from 323 players in this year’s voting. Only four players appeared on more than half of those ballots. Kevin Durant was on 64.1% of them, Giannis Antetokounmpo on 56.7%, LeBron James on 52.9% and Nikola Jokic on 51.7%.

Imagine this: More than half of the players in the NBA didn’t think that Joel Embiid — who likely would win the MVP award going away if the vote was held today — shouldn’t be an All-Star starter.

The NBA changed the rules six years ago for 768,112 reasons. That was the number of fan votes that Zaza Pachulia received in 2016, nearly enough to make him an All-Star starter that season. His candidacy was fueled by social-media influencers and many votes from the former Soviet republic of Georgia.

Hence, the league went to the weighted formula. And players have turned it into a mockery.

At least this season the number went down, albeit slightly.

But it’d be great to hear the arguments from players about why Kyrie Irving, who has played in seven games this season because of his vaccination status, got more votes from players (25) than someone like Miami’s Jimmy Butler (23), who has helped the Heat move into first place in the Eastern Conference.

Or why someone thought Zylan Cheatham and Jay Huff should start the All-Star Game. By all accounts, they are excellent teammates. But they have combined for five NBA appearances and zero NBA points this season. Each got one vote anyway.

Moses Wright played in one game, logging 88 scoreless seconds, for the Clippers. He got two starter votes. So did McKinley Wright IV, his five points in three games for Minnesota earning him the two votes. Joel Ayayi scored two points in seven games with Washington; he got a vote. George King got a vote, which is one vote for every point he’s scored for Dallas this season.

Many of the players who got one or two votes were hardship signings who, quite frankly, deserve enormous credit for keeping the league afloat this season when rosters were getting decimated by positive COVID-19 tests.

But most of the player votes didn’t seem to be sentimental or look like praise for those who were brought in on those 10-day deals. They apparently were either meant to be funny, or to make fun of the process, or both.

Luckily, fans are pretty much getting what they wanted, which should be all that matters since the game is about them. The nine players who got the most fan votes were all picked as starters — James, Stephen Curry, Durant, Antetokounmpo, Jokic, DeMar DeRozan, Embiid, Ja Morant and Andrew Wiggins. The only starter who wasn’t in the top 10 of fan voting was Trae Young; he was 11th among fans, one spot behind Paul George.

And, once again, the player voting silliness doesn’t appear to have cost anyone a well-deserved starting nod.

But there will be a day when that happens, and that’ll be an embarrassing day for the NBA.