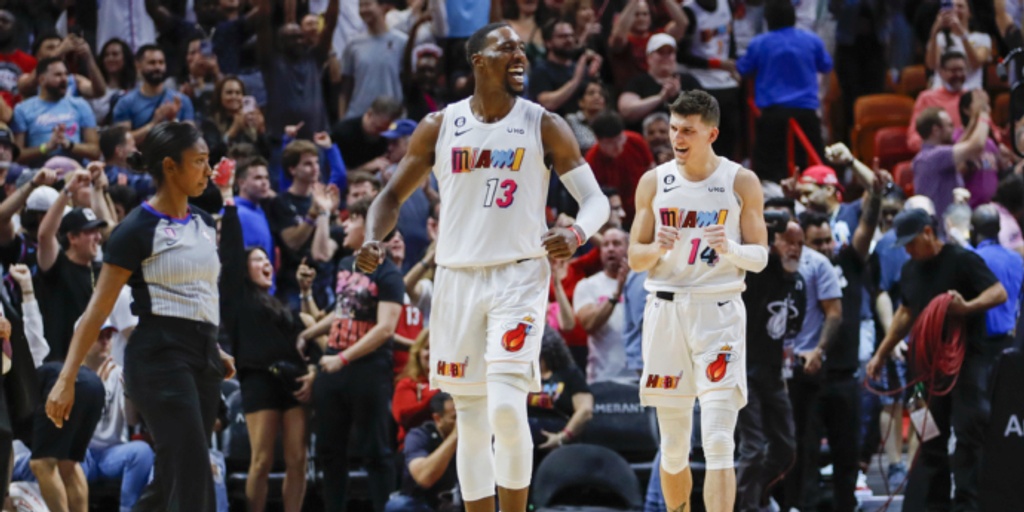 Caleb Martin added 20 points and Kyle Lowry finished with 13 points while Tyler Herro had 11 points and 10 assists for the Heat, who won their second straight at home against Washington after their 113-105 victory Wednesday.

Adebayo’s two free throws with 1:37 remaining put Miami ahead 105-104 lead then extended the advantage on a short jumper with 38 seconds left.

“It was one of those things where my teammates gave me the ball and I was taking advantage of the mismatch,” Adebayo said. “They were shots (Washington) let me have.”

Adebayo has scored in double digits in all 18 of his appearances this season. He’s had double-doubles in half of those games; Miami is 6-3 in those contests.

“He had a lot on his shoulders, really the last several games with a lot of different lineups and everything,” Heat coach Erik Spoelstra said. “You need that stability from your leaders. I think at some point we’ll print up these shirts, ‘Mr. Reliable,’ and I’ll wear them, probably.”

And it was another close game for the Heat, who are already 4-3 in games decided by three points or less this season.

“That’s what’s happened really for, it seems like several weeks,” Spoelstra said. “It just feels like every single one of these games is going down to the last possession.”

The Wizards cut the deficit on Bradley Beal’s dunk before Martin made two free throws with 12.5 seconds for the final margin, then hounded Beal defensively on the game’s last possession and forced the Wizards’ All-Star into a miss to end the contest.

“I take pride in trying to make stops,” Martin said. “Those are the types of situations you dream about, game on the line against a guy like Bradley Beal with the ball late shot clock. I just tried to make it as tough as possible.”

“We did enough throughout the course of the game to put us in position to win,” said Beal, who returned from a one-game absence because of a quadriceps contusion. “We had several leads and ended up giving up those leads late. It was a matter of us getting stops at the defensive ends.”

The Heat rallied from a 12-point deficit late in the first quarter and cut it to 59-56 at halftime.

“Obviously, we had shots late that were makeable to keep them at bay,” Wizards coach Wes Unseld Jr. said.

Heat: .Haywood Highsmith missed all three free throw attempts after he was fouled on a 3-point shot in the first quarter. . The Heat waived C Orlando Robinson and signed F Dru Smith to a two-way deal. Robinson and Smith traded spots on the roster under a similar transaction Nov. 13.

“Nothing changes, my mechanics still the same,” Beal said. “I’m always a confident player. It’s a matter of shooting them.”

Listed as questionable before the game, Martin not only played but extended a recent load of playing time. Martin logged 38 minutes after consecutive 40 minute outings the previous two games.

Two-time Academy Award nominee Mark Wahlberg was the notable celebrity in the crowd.

Wizards: at Boston on Sunday.