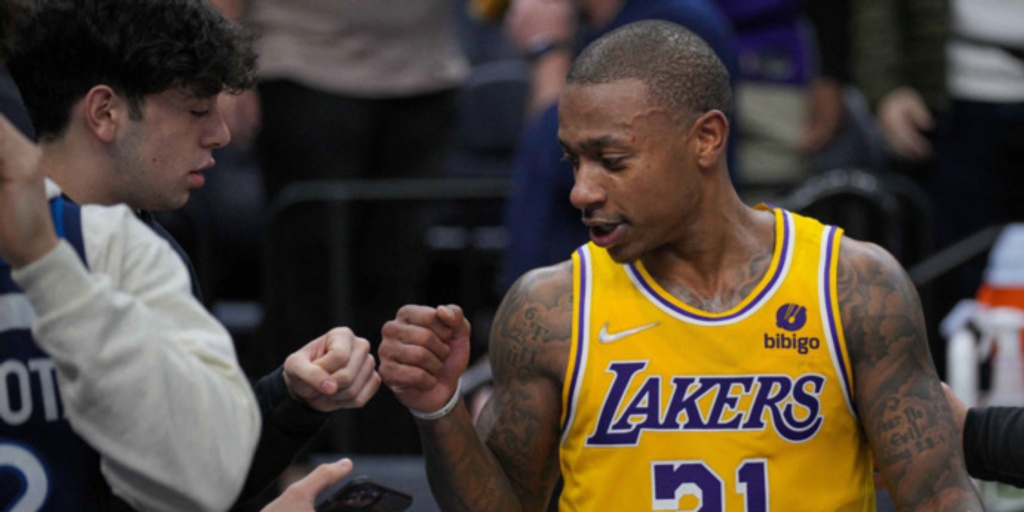 How are NBA teams using the hardship exception?

As COVID-19 continues to rip into NBA rosters, more and more teams have been forced to look outside their organization to simply fill out minutes on the court.

You've probably been seeing your NBA notifications blowing up with transactions recently. Franchises can take advantage of the "hardship exception" in the NBA's by-laws, which state that if four or more players on the active and inactive rosters are dealing with injuries and illness, a team can sign and substitute a player. Since so many franchises are dealing with COVID-induced absences that typically last about 10 days to two weeks, dozens of free agents are inking 10-day deals to jump in for the short-term.

Meanwhile, for better or worse, the regular season chugs along. The pop-up signings can end up making an impact on rebuilding teams or playoff contenders. With some rotations pushed to the brink, hardship-exception signees might find meaningful minutes right away.

With that in mind, how are NBA teams approaching who they sign, and what types of players have been called into action?

Most of the additions have some level of NBA experience. Of the over 35 players (and counting) who have signed recent 10-day contracts, only a small handful have never appeared in a regular-season game before this season. This includes: Ade Murkey (Kings), Tyler Hall (Knicks), Aleem Ford and Hassani Gravett (Magic), Mac McClung (Bulls) and Malcolm Hill (Hawks). All but McClung turned pro at some level before 2021.

The other end of the spectrum is also limited. Though Isaiah Thomas and Lance Stephenson might be the biggest names among hardship deals, they're two of the older players signed to date. The oldest player currently added is 34-year-old CJ Miles, who joined the Celtics after having recently signed with the G League Ignite, and last played with the Wizards in 2019-20. Miles, Thomas, Stephenson, Ersan Ilyasova, Tim Frazier and James Ennis are the hardship players to date over age-31.

Interestingly, teams have thus far been averse to adding bigs, even if they've become thin at the position. The only true centers who have been reportedly signed are Wenyen Gabriel (to the Nets), Luke Kornet (Cavaliers), Marquese Chriss (Mavericks) and Freddie Gillespie (Magic).

Chriss and Raptors signee Nik Stauskas are the highest former draft picks to be signed; both were selected No. 8 overall. They're also the only two former lottery picks that teams have inked deals. So, no, front offices are not using the hardship exception as some kind of way to take a swing on a castoff top selection.

What does appear to matter, however, is recent production. Thomas obviously got his shot with the Lakers after a 42-point outburst in his first G League appearance with the Grand Rapids Gold.

The Nets and Raptors make good example cases. Brooklyn has added four players as of this writing. Langston Galloway and James Ennis are two steady veterans who contributed to NBA teams last season, and can both bring an instantly-translatable skill with their shooting. Gabriel is averaging 13.9 points and 8.6 rebounds per game as a physical presence in the G League. Then there's Shaquille Harrison, one of the peskier defenders in pro hoops, period. All of them are low-usage, specialist contributors with multiple year of pro experience.

Toronto, meanwhile, has safety blankets for others on the roster should they enter league protocols. Tremont Waters and Brandon Goodwin are steady facilitating guards; Fred VanVleet and Malachi Flynn are reportedly now ineligible. Stauskas can replicate Svi Mykhailiuk's role to a degree. Juwan Morgan is a hybrid forward in the same vein (at least positionall) as Precious Achiuwa. The moves make sense.

My general conclusion seems to be that NBA teams are largely playing it safe with their hardship signings. Few franchises appear to be using this circumstance as a chance to swing for the fences on a young player or a comeback veteran. Most simply want to patch holes.

And though the NBA is obviously in a confusing, frustrating, possibly dangerous situation with the pandemic, it will be interesting to see who capitalizes on their small window of opportunity.