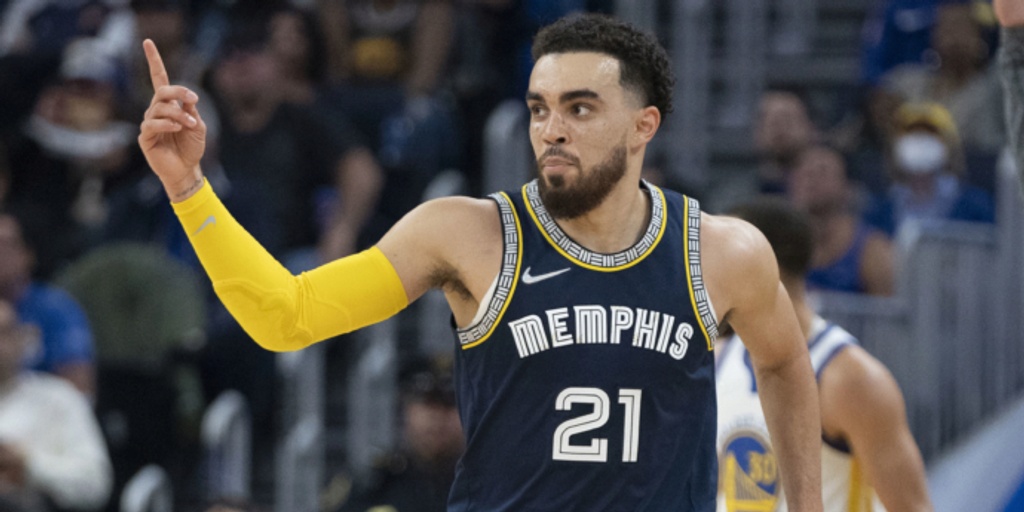 The NBA Sixth Man of the Year award recognizes the importance of a key player who contributes like a starter despite coming off the bench. Over the last decade, with only one exception (Lou Williams in 2018), nine of the 10 award-winners were a part of a playoff team.

It's fair to say that the Sixth Man of the Year must contribute to a high level of winning.

There is another commonality between the winners of the award over the last 10 seasons: All but one of them have been high-volume guards — Tyler Herro, Jordan Clarkson, Williams (3x), Jamal Crawford (2x), Eric Gordon and JR Smith (with the one anamoly being Montrezl Harrell.)

Zooming out more, over the last 20 seasons, 17 of the winners were listed as a "shooting guard." Harrell, Lamar Odom and Antawn Jamison were the other three award-winners in that span.

Each of these guards had one job when they came into the game: Get buckets. Every award-winner averaged at least 14 points per game on 40% from the field or better, and 70% of the winners scored more than 18 points per contest. This is often good enough for a top-three scoring season on an individual's team, thus highlighting the important impact they have off the bench.

But what is the Sixth Man of the Year award really about? Is it about a player's total impact off the bench? Is it the contribution to winning? Or is it merely the ability to score a lot of points while not being in the starting lineup?

The only legitimate qualification for the award is playing with the second unit more than being in the actual starting five. In 2016-17, while Gordon only started 15 games, he was third on the team in minutes played. Herro was also third in minutes for the Miami Heat this past season.

However, the Sixth Man of the Year award should look beyond the volume scorers by default and focus on those bench players who have a high-level impact on winning teams.

Take, for instance, Tyus Jones. The Memphis Grizzlies finished with the second-best record in the NBA last season (56-26). Yes, Memphis has a budding superstar in Ja Morant, but the Grizzlies are not where they are today without Jones.

Jones led the NBA in assist-to-turnover ratio (7.04) by almost 2 assists over the next closest player — his brother, San Antonio Spurs guard Tre Jones (5.07). Grizzlies head coach Taylor Jenkins has been able to entrust his offense to Tyus with the second unit to the point where Memphis finished with the second-highest scoring average in the NBA last season at 115.6 points per game.

Last season's Sixth Man award-winner was Herro, who had a net rating of plus-5.3. While net rating is more of a team stat, it does indicate that his team was better by more than 5 points per 100 possessions when he was on the floor. In comparison, the Grizzlies were 7.6 points per 100 possessions better than their opponent when Jones was on the floor.

Taylor Jenkins on how Tyus Jones’ aggression and confidence scoring the ball enhances the team’s offense — his playmaking, his teammates, productivity pic.twitter.com/CdGw6gXWRe

“He’s just a great connector out there. I love the spirit [and] leadership he plays with, the way he moves the ball,” Jenkins said after the playoff-opening loss against the Minnesota Timberwolves last season. “Obviously when he’s played a bigger role, he’s filled those shoes brilliantly. He plays so well, plays great team basketball.”

The Grizzlies were also 17-6 in the games in which Jones had to step in, replacing an All-NBA player in Morant due to injury. Herro only started 10 games in Miami last season, and the Heat were 5-5 in those contests. Further, Herro was playing a less crucial position than Jones and replacing a less depended-upon player.

In those 23 contests in which Jones started, he averaged 12.7 points and 6.6 assists per game. Memphis had an improved Offensive Rating and Defensive Rating compared to his time off the bench, good for plus-14.1 per 100 possessions with Tyus starting. In Herro's 10 starts, his scoring average decreased slightly. (His assists did bump to 4.4 helpers a night, though.)

However, in essence, when Jones was called upon to start, he elevated his play with his increased minutes. Herro's starts were essentially on par with his production off the bench, and Miami saw a significant decrease in both ORTG and DRTG with him as a starter; now, this is partly due to who may have been absent from the lineup. Nonetheless, Herro's impact fell well short of Jones when you look beyond pure scoring.

A prime example of the "impact winning" argument comes from the Utah Jazz in 2020-21, in which both Jordan Clarkson and Joe Ingles were up for Sixth Man of the Year. (One of them clearly had to be the seventh man, right?)

The NBA is full of nuance. The MVP has always been a nuanced conversation, where statistics and impact beyond basic scoring are weighed and valued. The MVP off the bench should also be deeper than just being a "bucket-getter."

Guys like Joe Ingles in 2020 and Tyus Jones over the last couple of years are an example of some of the most important players off the bench in the entire Association, and it could lead the latter to some golden hardware this season.