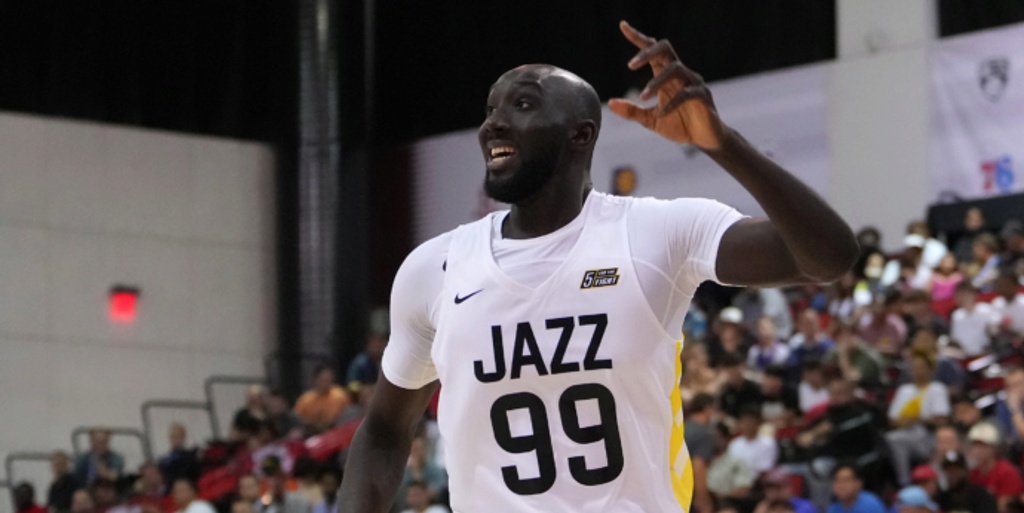 NBA big man Tacko Fall is signing a one-year deal with Xinjiang of the Chinese Basketball Association, according to Shams Charania of The Athletic.

Three-year NBA veteran Tacko Fall is signing a one-year deal in the Chinese Basketball Association with Xinjiang, per sources. The 7-foot-6 center played for Boston and Cleveland and now departs to play abroad.

The 26-year-old -- who stands 7'6" -- played his first two seasons in the NBA with the Boston Celtics. During the 2022 season, he signed with the Cleveland Cavaliers and played with their G-League team, the Cleveland Charge.X