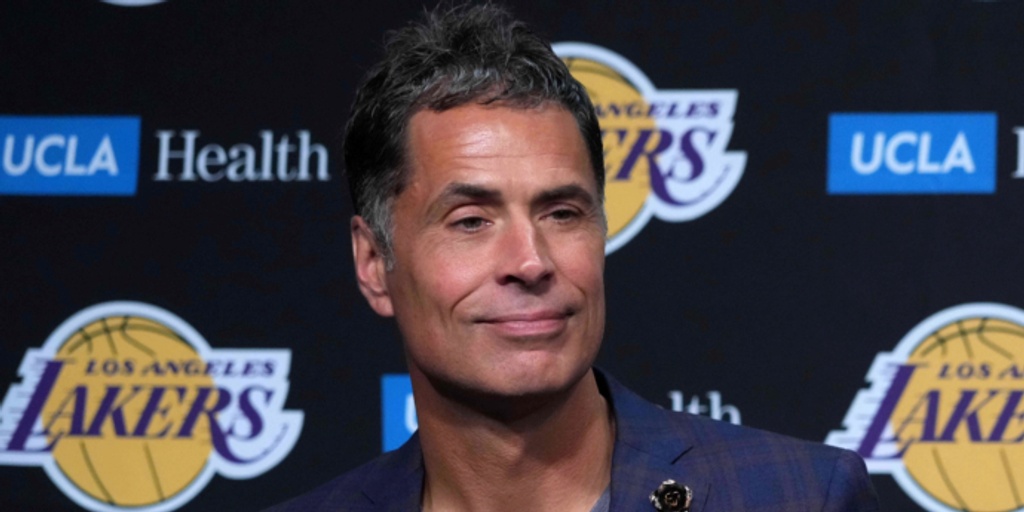 Stein: Lakers willing to include both '27, '29 picks in trade

One of the ongoing sagas of this offseason is will the Los Angeles Lakers trade Russell Westbrook after last season's struggles and can they land something in return that can make them contenders this season.

The Lakers have very limited assets between the mega-trade for Anthony Davis several years back and last offseason's deal for Westbrook where they gave up their depth along with a first-round pick.

For most of this offseason, the Lakers and general manager Rob Pelinka have shown restraint and not been willing to include the two future first-round picks under team control -- in 2027 and 2029 -- in any trade. That is until now.

With LeBron James signing a two-year, $97.1 million extension, the Lakers are now willing to move both of those picks for the right trade according to a new report from Marc Stein.

Stein states that "James, in fact, has been assured that the Lakers are willing to trade both of their available future first-round picks in 2027 and 2029 if a trade that costs them both picks can realistically position the Lakers to return to contender status".

The Lakers would be willing to give up both picks (protections to be determined) and Westbrook for Kyrie Irving but the "Nets have steadfastly rejected that idea" according to Stein. The Nets want "win-now talent" and not just future assets in a potential Irving trade. Plus, Brooklyn does not want to take on Westbrook if they changed their mind and decide to move the All-Star point guard and a third team would be needed to faciliate a trade.

The Lakers have also talked with the Indiana Pacers about a deal that would land Buddy Hield and Myles Turner but have refused to include both first-round picks in that scenario.