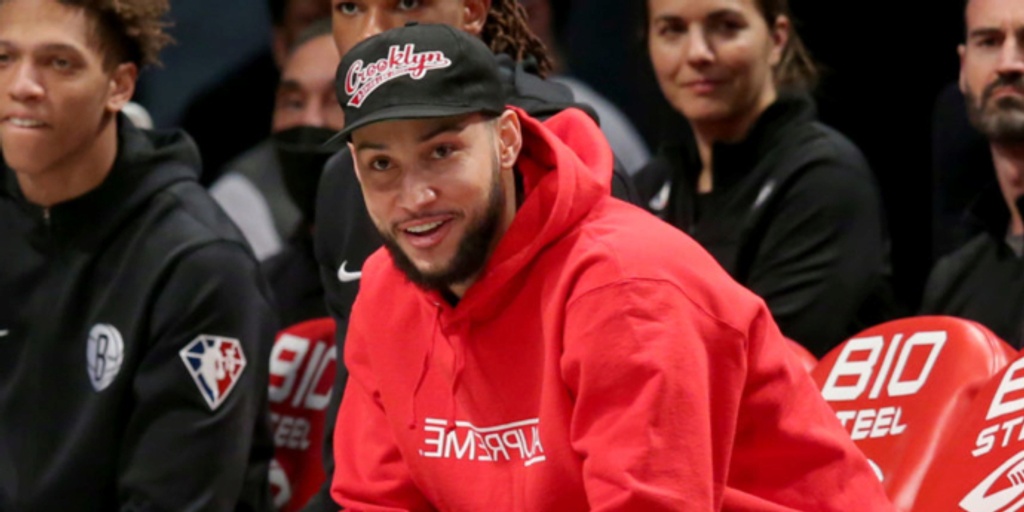 Shams: Ben Simmons did not return because of mental block

Many wondered why Ben Simmons ultimately sat out after many reports said that he was preparing to make an appearance in the first round series between the Boston Celtics and the Brooklyn Nets. Shams Charania of The Athletic provided a tell-all for what went on behind the scenes between the Nets and Simmons.

While Simmons' absence upset everyone in the Nets' organization, he was quick to explain himself, as he and his agent Rich Paul met with Brooklyn's management the very next day.

"According to sources, Simmons told those in the room that a mental block exists for him, dating in part to last summer’s postseason, which is creating stress that could serve as a trigger point for his back issues," Charania reported.

Even though Simmons' unexpected decision put off the Nets, Brooklyn's main priority is making sure Simmons will be ready for next season.

"Nets officials informed Simmons that the franchise is willing to do whatever is needed to support him and provide him with any necessary resources," Charania said. "Brooklyn needed the 25-year-old on the court this season, but now both sides have an entire offseason to work through his situation and find a way for him to prove himself on the floor again. Both sides are expected to stay in communication and continue to work toward Simmons, who has three years and $114 million remaining on his contract, feeling ready to play again."

ANALYSIS: This is clearly a very tough situation with no clear-cut resolution. It's not in good taste to mock Ben Simmons' mental block because for all we know, his mental health issues might be worse than what we know. Let's hope Simmons will be ready for the grind of next year because the Nets will need him as much as possible if they're going to make the most out of the Kevin Durant/Kyrie Irving window.