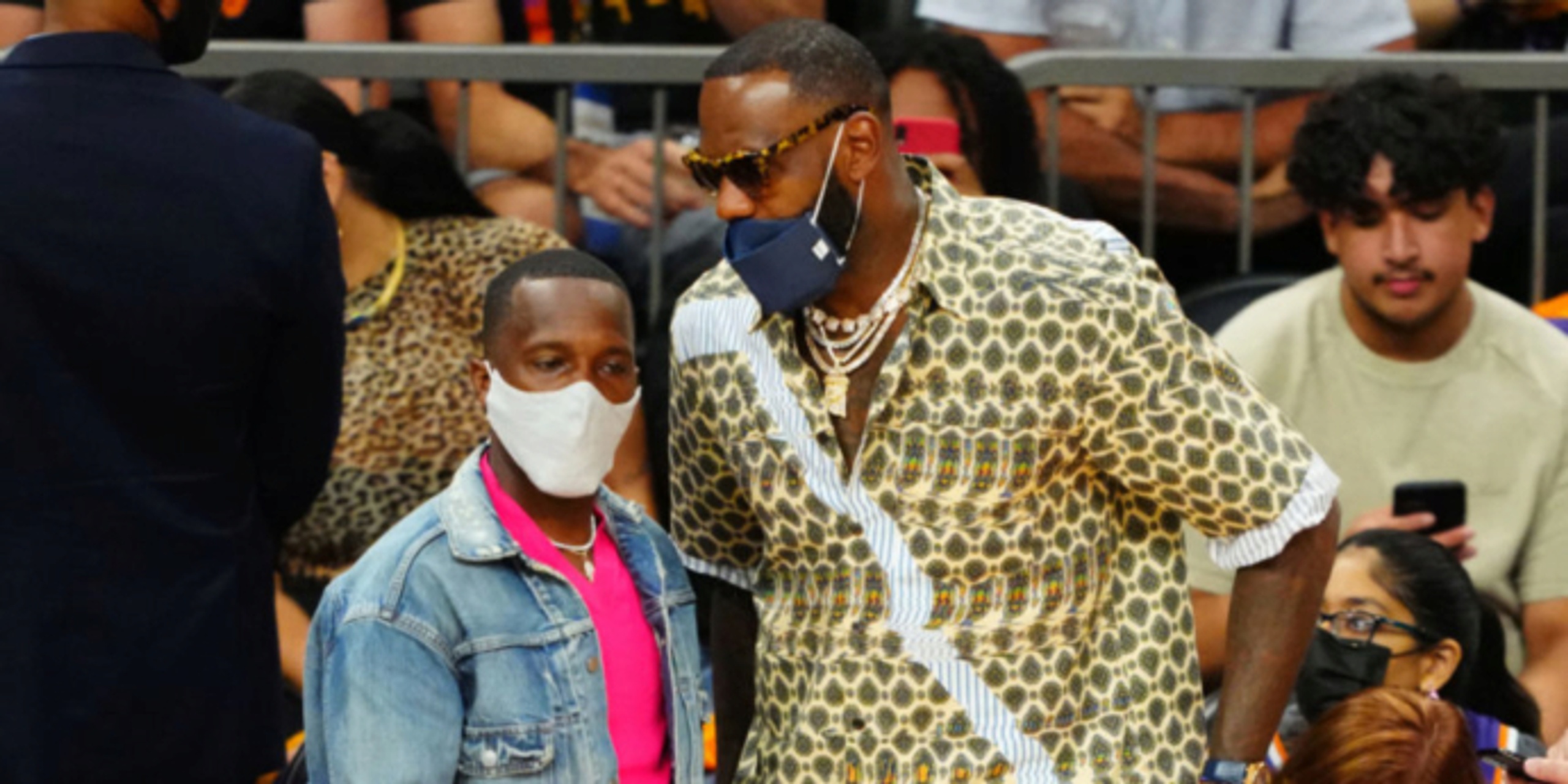 With each Los Angeles Lakers’ mediocre performance this season, their playoff dreams are fading away slowly as they slip further in the standings. As a result, rumors have begun to circulate about a possible LeBron James exit in the near future. However, Shams Charania shut down all of that chatter as a guest on The Pat McAfee Show.

LeBron is not leaving

On the show, Charania shared a message from James’ agent, Rich Paul.

“I spoke to LeBron’s agent, Rich Paul, and he said that talk [of James leaving] in itself is ridiculous and it’s totally false," Charania told McAfee. "LeBron James isn’t leaving the Lakers, he’s going to be on the Lakers. The question is: how can the Lakers get better? That’s why I’ve heard they have been active in the trade market.”

"I heard directly from Rich Paul that LeBron James isn't leaving the Lakers.. this team just doesn't look it has the young legs that they need to have & they have been very active in the trade market" ~@ShamsCharania#PatMcAfeeShowLIVE #LakeShow pic.twitter.com/BZEAMM6Zkb

James is no stranger to switching jerseys. He has been lauded and ridiculed for jumping teams in the past. To some, it was a power move where he had control over his future, while others feel it was a weak move to win a title. But as Shams has now clarified, Laker fans can breathe a sigh of relief knowing their superstar will remain in Los Angeles — at least until his contract ends in 2023. More stories will surface in the following months if the Lakers continue to struggle.

What the Lakers need to do in the trade market

The trade market opened on Dec. 15, when recently-signed players in the league became eligible to be moved. Now, teams looking to improve their roster can start looking for available assets. L.A. could find some short-term answers there, but in reality, they have little assets to offer to other teams.

Aside from James and Anthony Davis, only Talen Horton-Tucker or Austin Reaves are arguably the only exciting "prospects" L.A. has on its roster. Unless the Lakers do a massive overhaul and offer their veterans to other teams, it’s a difficult path for the purple-and-gold moving forward.

Whether they stick with what they have or flip some underperforming players for others is up to the front office to decide.

The clock is ticking though. LeBron James staying in L.A. won’t solve all of their problems.