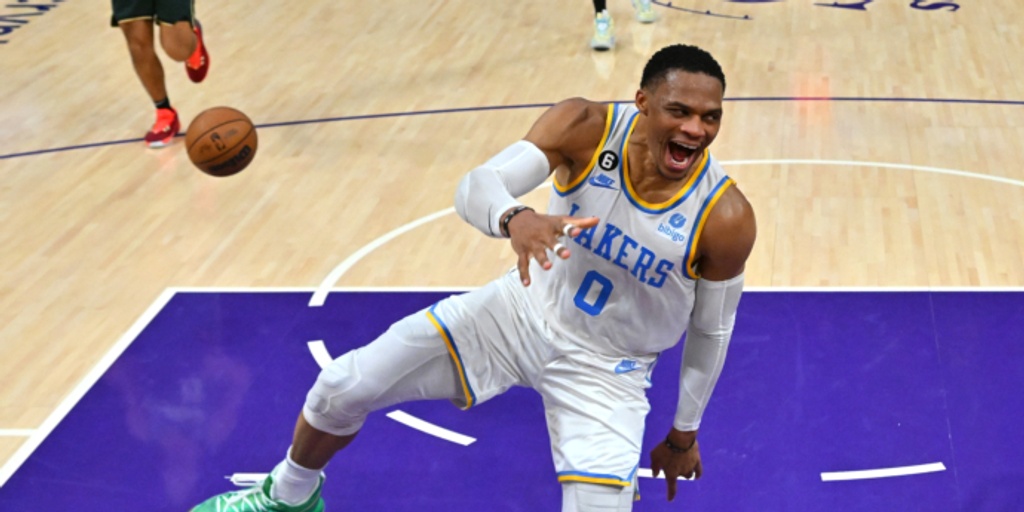 It felt like a foregone conclusion before the NBA season that the Los Angeles Lakers would trade away Russell Westbrook after he looked out of place and without a concrete role during his first season with the franchise.

However, a trade never materialized in the offseason and the Lakers brought Westbrook back. So far, it has worked out with new head coach Darvin Ham convincing Westbrook to embrace the role of sixth man off the bench which he has thrived in.

That hasn't stopped Westbrook's name from being mentioned in trade rumors, especially with it being December 15, marking the day that 74 NBA players who signed as free agents this offseason have officially become eligible to be traded. While the Lakers are expected to make a trade before the February 9 deadline, it seems unlikely that it will involve the nine-time All Star guard.

Sam Amick of The Athletic is reporting that "according to a source with knowledge of the Lakers’ plans, Westbrook’s play this past month has made it increasingly unlikely that he will be traded before the league’s Feb. 9 deadline." Instead, the Lakers are expected to include Patrick Beverely and Kendrick Nunn along with possibly a future first-round pick in any package