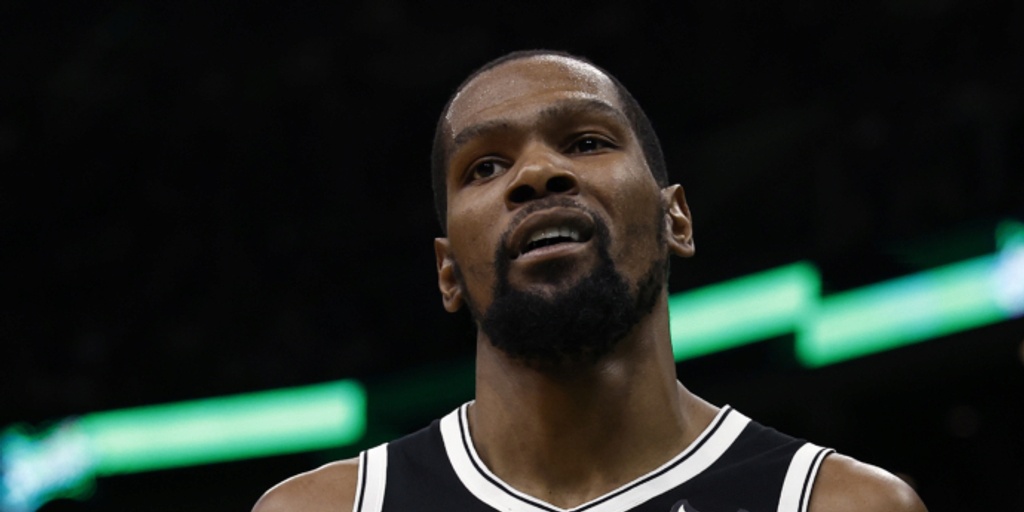 Kevin Durant reportedly met face-to-face with Nets owner Joe Tsia over the weekend and not only reiterated his trade request, but also gave him an ultimatum: either trade me or fire head coach Steve Nash and GM Sean Marks, according to The Athletic's Shams Charania.

In a meeting with Nets owner Joe Tsai, Kevin Durant reiterated his trade request and informed Tsai that Tsai needs to choose between Durant or the pairing of general manager Sean Marks and coach Steve Nash, sources say.

Charania reported that "Durant does not have faith in the team's direction". He added that the Nets "have direct knowledge of the reasons behind Durant's request" and that he wants a change of scenery heading into what will be his 16th season.

The Nets have searched the league for a deal but no team has met the incredibly high asking price that Brooklyn is asking for in return for the 12-time All-Star and former MVP.

The Toronto Raptors, Miami Heat, and the Boston Celtics -- who could offer a package around young star Jaylen Brown -- are still considered the front-runners to land Durant. Charania added that "Durant has grown close with Celtics coach Ime Udoka in recent years" stemming from the the year Udoka was an assistant coach with the Nets and their time together on the 2020 Tokyo Olympics.