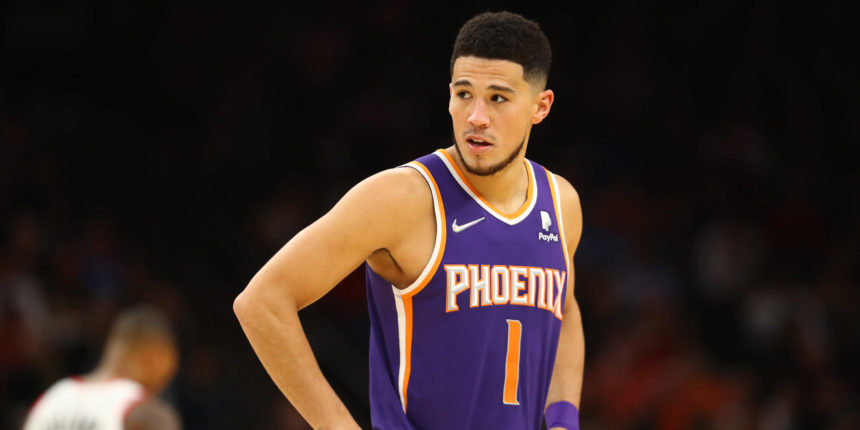 It’s time for our latest picks against the spread with “Nothing But Bets,” our daily NBA betting show on the BasketballNews.com podcast network. Each morning, we provide you the edge for the Association’s slate of action. Following our first 0-for this season, thanks in large part to the underdogs raining on the parade during Thursday’s short three-game slate, it’s time to drop off our latest predictions against the spreads.

As always, our odds are provided by TwinSpires Sportsbook and over/under prop bets are provided by PrizePicks. So far this season, “Nothing But Bets” is carrying an 88-70-2 record  (55.6%).

Knicks head coach Tom Thibodeau lit a fuse under the team recently after benching the starters for the final 15 minutes of their loss against Milwaukee. I expect New York to come out here and play with an aggressive mindset, which doesn’t bode well for the Hornets’ inconsistent defense. Hammer the Knicks to cover the 1.5-point spread, and tail me on the following over/under power play prop on PrizePicks: Julius Randle over 22.5 points, R.J. Barrett over 16.5 points, Randle over 9.5 rebounds, Randle over 5 assists.

Even without Collin Sexton, who is sidelined with a torn meniscus, I don’t expect Cleveland to no-show against a lowly Pistons team. Evan Mobley has been so fun to watch, forming a formidable frontcourt pairing with Jarrett Allen. Expect this jumbo-sized big man duo to feast against Detroit as the Cavaliers’ easily cover the 5-point spread. After the Pistons’ win against Houston on Wednesday, I’m expecting a letdown here on their end. On PrizePicks, we’re locking in this power play: Jerami Grant over 21.5 points, Mobley over 18.5 points, Allen over 16.5 points, Allen over 12.5 rebounds.

Giannis Antetokounmpo was a late scratch for tonight's game, so we're switching it up here for our pick and PrizePicks over/under power play. We're siding with the Celtics and a monster game from Jayson Tatum instead. With no Giannis, we'll see if the Bucks can win this one in Boston. In the meantime, here's our updated over/under on PrizePicks betting heavily on Tatum to carry the load for a Celtics victory: Tatum over 26.5 points, Tatum over 7.5 rebounds, Tatum over 3.5 assists, Tatum over 3 threes.

This line has jumped up a full point since we last checked on it, further driving home the point this game shouldn’t be close. New Orleans is in a full-on tailspin right now, especially without Zion Williamson. Kevin Durant, James Harden and the veteran-heavy Nets should torch the Pelicans with relative ease. This one is locked in as my best bet of the 11-game slate for Friday. On PrizePicks, we’re betting on Durant and Harden to go nuclear in the Bayou: Durant over 27.5 points, Harden over 20.5 points, Harden over 9 assists, Harden over 7.5 rebounds, Durant over 2 threes.

The line for this one has moved significantly as well. Last night, Memphis was actually a 1-point favorite on TwinSpires. Now, the Suns have jumped to a 2-point favorite on the road. With the way Phoenix has been playing recently, this shouldn’t be a surprise. Deandre Ayton is once again out with a leg contusion, but I’m still leaning heavily in the direction of Phoenix here. Expect a big outing from Devin Booker with his fun matchup on tap against Ja Morant. We’re locking in the Suns to cover, plus the following power play on PrizePicks: Booker over 24.5 points, Morant over 24.5 points, Booker over 5 rebounds, Booker 4 assists.

I’m surprised the spread is only at 6.5 here. Even though Portland is coming off a loss in Phoenix, Damian Lillard seems to have finally broken out of his season-long slump. Against the Rockets, we’re all-in on the idea of Lillard going nuclear tonight. The Blazers covering the 6.5-point spread is another one of our best bets tonight, so lock that one in. On PrizePicks, here’s a fun power play to tail: Lillard over 26.5 points, Jalen Green over 13.5 points, C.J. McCollum over 4.5 assists, Lillard over 4 free throws made.

I’m going to continue riding the hot hand and betting on the underdog Thunder. So far, OKC has won me a good amount of coin, so this trend isn’t going to change until they lose on the spread. Give me the Thunder to cover the 4-point spread at home, plus a big outing from Shai Gilgeous-Alexander. In what should be a fun, back-and-forth contest, we’re going to keep the train rolling in the direction of OKC. On PrizePicks, we’re locking in the following power play: SGA over 23.5 points, De’Aaron Fox over 22.5 points, SGA over 5.5 rebounds, Harrison Barnes over 2.5 threes.

Don’t let me down, Luka Doncic. We’re all-in on the idea of Luka going off against the Spurs on the road leading the Mavericks to victory. Every time Dallas and San Antonio have played this season, it’s turned into a nail-biter at the end. Tonight should be no different, but I get the feeling Luka is going to have one of those special individuals performances. We’re locking in Dallas to cover the 3-point spread plus a Doncic-related power play on PrizePicks: Doncic over 25.5 points, Doncic over 8 assists, Doncic over 7.5 rebounds, Doncic over 2.5 threes.

Nikola Jokic is back from his one-game suspension, but I’m favoring Atlanta in this matchup on the road. This is another game where it should provide plenty of offensive fireworks, though. Expect Jokic to go off in his return, but don’t rule out an even more explosive outing from Trae Young. Give me the underdog Hawks to cover the 4.5-point spread, plus the following power play prop on PrizePicks: Young over 24.5 points, Clint Capela over 10.5 rebounds, Young over 8.5 assists, Young over 2 threes.

The Bulls are back as a contender, but betting against the Warriors is a bad exercise to enact. With the way Golden State is playing, especially early MVP favorite Stephen Curry, always lay a wager down in favor of them. Expect a huge night from Curry in what should be a fun scoring battle against Zach LaVine and DeMar DeRozan. Nikola Vucevic is out due to a positive COVID-19 test, so his loss will be felt in this matchup. Hammer Golden State at -5.5 and this power play on PrizePicks: Curry over 30.5 points, LaVine over 26.5 points, Lonzo Ball over 5.5 rebounds, Curry over 5 threes.

I’ve been debating all day whether to wager on the underdog Timberwolves, but I’m siding with the star-studded duo of Anthony Davis and Russell Westbrook to get the job done. Anthony Edwards has been awesome for Minnesota, but in this one, I’m envisioning a huge outing from AD. I’m rolling the dice here on the Lakers to cover the 2-point spread and tailing a Lakers-heavy prop on PrizePicks: Davis over 24.5 points, Edwards over 23.5 points, Davis over 10.5 rebounds, Westbrook over 10.5 assists.