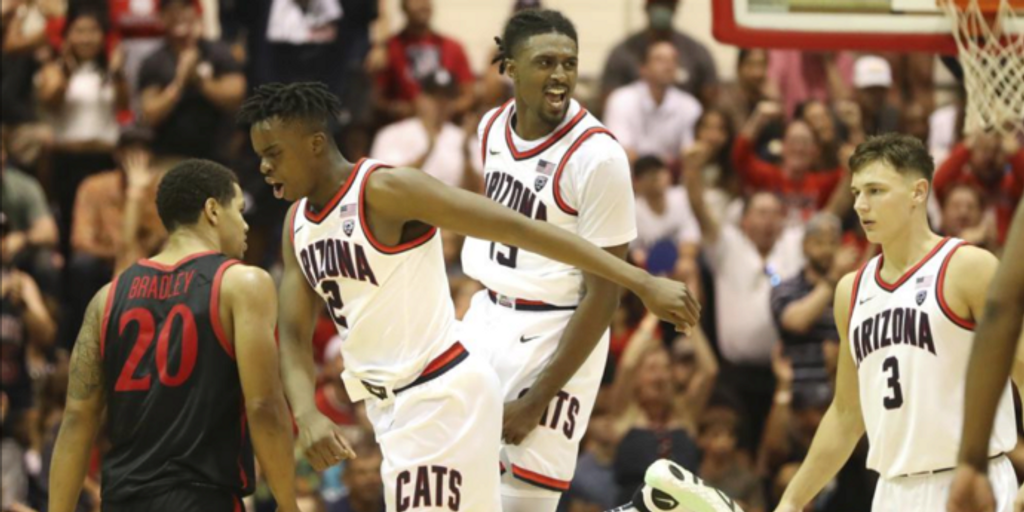 LAHAINA, Hawaii (AP) — Courtney Ramey and Kerr Kriisa scored 21 points apiece and No. 14 Arizona pulled away in the second half to beat 17th-ranked San Diego State 87-70 on Tuesday night in the semifinals of the Maui Invitational.

Arizona (5-0) will play No. 10 Creighton in Wednesday’s championship game. San Diego State will take on No. 9 Arkansas in the consolation finals.

Azuola Tubelis had all 14 of his points in the first half and Ramey scored 12 for Arizona. A twisting layup by Tubelis on an alley-oop pass gave the Wildccats a 31-15 lead at 5:06 before intermission. Darrion Trammell hit a 3-pointer for San Diego State and turned two steals into layups to help the Aztecs close out the half on an 18-6 run to get within 37-33.

Keshad Johnson had two rebound baskets and a three-point play dunk and San Diego State used a 9-3 spurt to grab a 42-40 lead just 2:40 into the second half. It was the Aztecs first and only lead of the game.

Pelle Larsson sank a 3-pointer, Trammell missed a 3 and Oumar Ballo followed with a three-point play to put Arizona up 46-42. The Wildcats upped their lead to 10 on a Ballo free throw with 11:43 remaining and pushed it to 71-56 on a Cedric Henderson jumper with 6:58 left to play.

Ramey, a graduate transfer from the University of Texas, hit all five of his 3-point shots in his second game with Arizona. Kerr added five assists. Ballo finished with 12 points and nine rebounds before fouling out. Henderson scored 10.