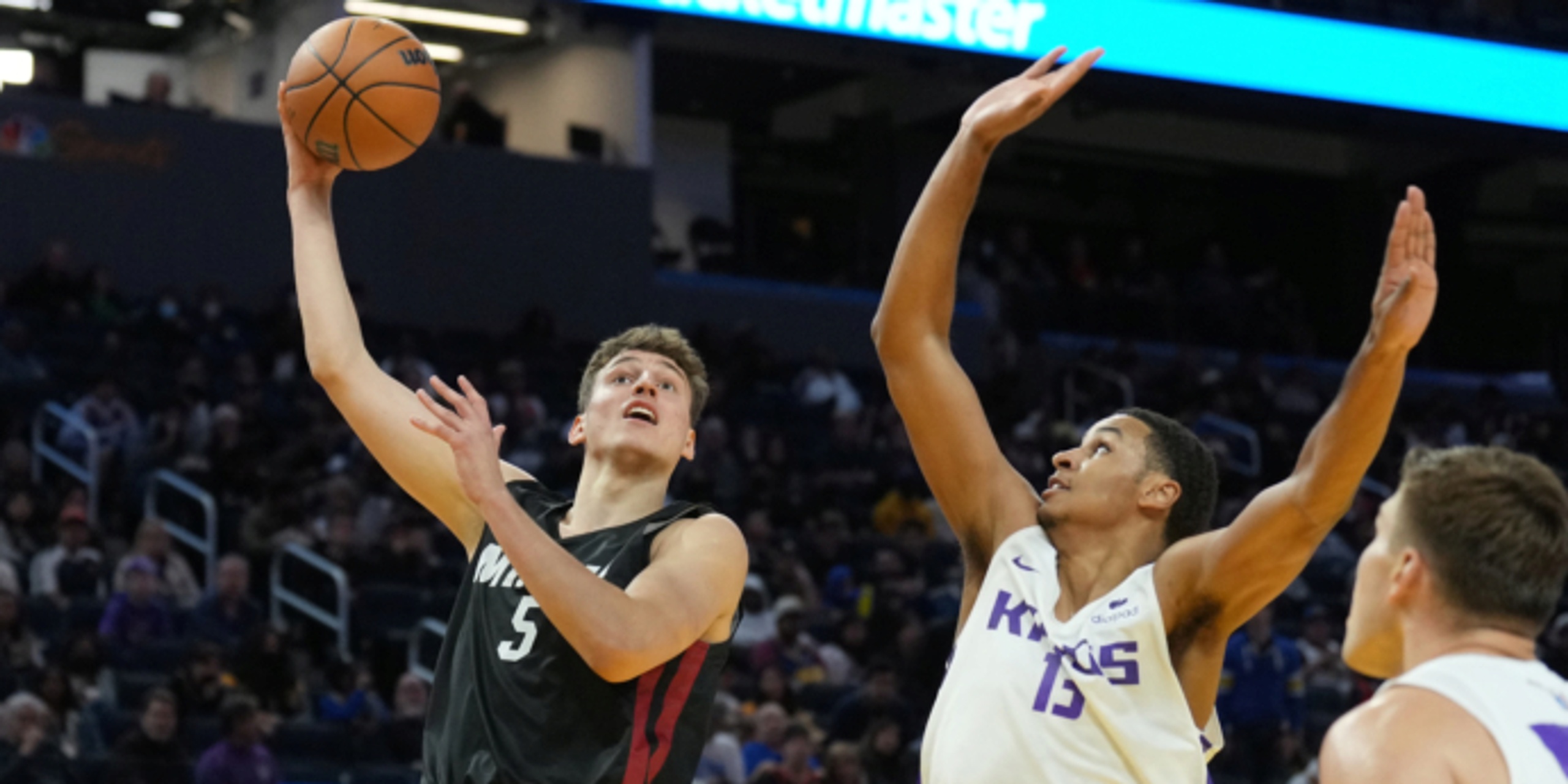 Jovic, the No. 27 overall pick, was 5 of 7 from 3-point range and shot 9 of 16 overall. Six of his rebounds were on the offensive end, helping the Heat to a 47-23 edge on the glass. Jovic has played for Mega Basket in the Serbian league, averaging 11.7 points on 43% shooting in that league this past season.

Gui Santos, selected by Golden State with the 55th pick, had 12 points and five assists. The 6-8 forward from the Novo Basquete Brasil league was 3 for 3 from distance.

No. 4 pick Keegan Murray scored 16 of his 24 points in the second half, and Sacramento finished the California Classic unbeaten after beating Los Angeles.

Murray, the Big Ten’s leading scorer at 23.5 points a game, also had seven rebounds and three steals. He was 9 of 16 from the field, including 2 of 4 from 3-point range.

Max Christie, a Michigan State guard selected with the 35th pick, had five points and eight rebounds for Los Angeles. Christie, the 6-foot-6 shooter and wing defender who left East Lansing after just one season, was 1 of 6 from the field.