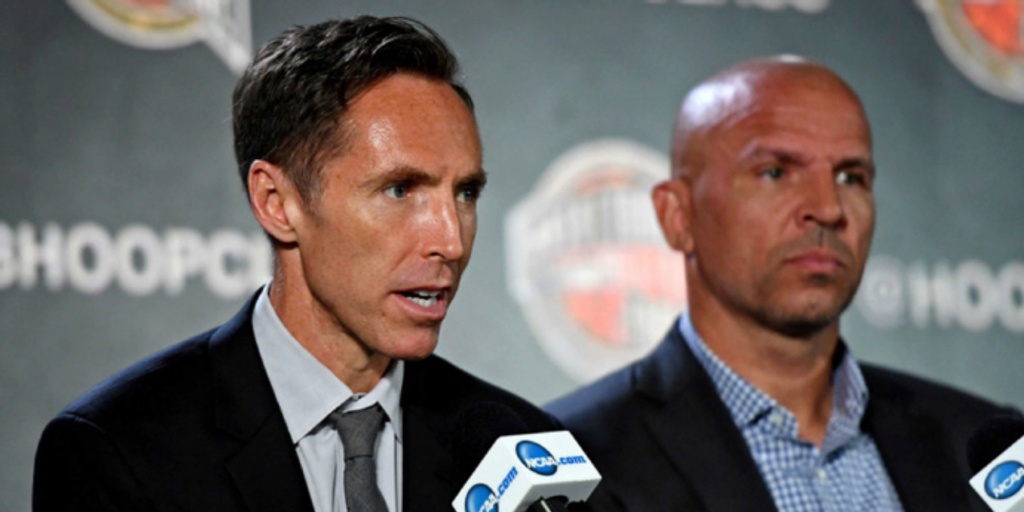 The Brooklyn Nets have hired Steve Nash as their next head coach. As first reported by ESPN's Adrian Wojnarowski, the team came to terms on a four-year deal with the former star point guard. Jacque Vaughn will remain on the staff as Nash's lead assistant.

Nash has been reluctant to get into coaching since he retired in 2014, but the Nets' front office of Joe Tsai and [Sean] Marks were adamant on convincing him to take on a new challenge.

ANALYSIS: This seemingly came out of nowhere, but what a job by Sean Marks and the Nets to keep it secret. Nash is one of the all-time point guard greats, who has 18 years of NBA experience, so that should help the fact that he doesn't have head coaching experience in any capacity. That doesn't mean it's not a risk, however. He has been a player development consultant for the Golden State Warriors in the past, though.

Having Vaughn along his side will ease the transition, as well as strengthen the connection to the Nets' two superstars -- Kyrie Irving and Kevin Durant -- next season.