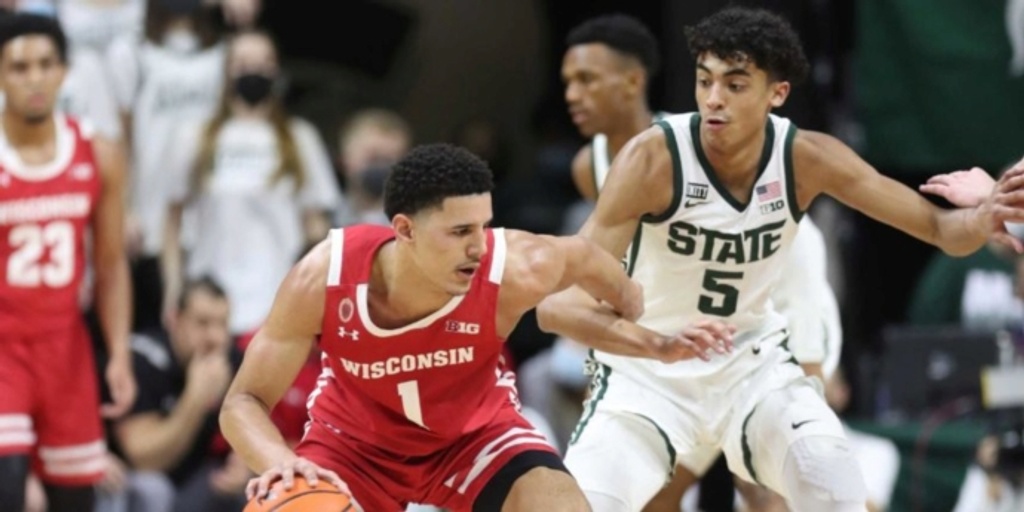 NBA prospects see value of college despite other options

TyTy Washington Jr. remembers being in awe gazing at the banners in Madison Square Garden as he watched the New York Knicks meet the Cleveland Cavaliers and the feeling he had two days later when Kentucky faced Duke at the famed arena.

Something else he won’t forget? The reaming he got from coach John Calipari when the team watched video in the Hall of Famer’s basement the next day.

“He came up to me, he was like, ‘Kid, you don’t play hard enough’ and just started going in on me,” Washington said Thursday at the NBA draft combine. “I’ve had coaches go in on me, but I’ve never had a coach tell me I don’t play hard.”

Those experiences were invaluable to Washington, whether it was the feeling he had just being at The Garden or the feedback he got from Calipari after playing poorly in Kentucky’s season-opening loss. And he’s banking on them to help him make the jump to the NBA.

The college game can offer opportunities that aren’t available through other avenues, with the exposure through TV deals and the NCAA Tournament and all that comes with it. The burgeoning name, image and likeness chances that were created last year when the NCAA’s Board of Directors cleared the way for college athletes to start earning money without endangering their eligibility or putting their schools in jeopardy of rules of violations are another incentive for top prospects.

Options remain overseas and in the G League Ignite. A new basketball league called Overtime Elite offers top high school players a path to the pros along with six-figure salaries. Two from there — Dominick Barlow and Jean Montero — got invitations to the combine compared to three from NCAA champion Kansas.

Though the winners of the NBA’s Most Valuable Player Award the past four years did not play college ball, with Denver’s Nikola Jokic repeating after Milwaukee’s Giannis Antetokounmpo won it two years in a row, the top prospects in the draft next month went the NCAA route. Gonzaga’s Chet Holmgren, Duke’s Paolo Banchero, Auburn’s Jabari Smith and Purdue’s Jaden Ivey are likely to go in the top four.

The NIL is a major game-changer.

Banchero worked with Creative Artists Agency and got deals that included becoming the first player featured in the latest NBA 2K video game as well as a basketball trading card from Panini as part of a multi-year agreement. He’s about to make more money in the NBA, and he’s hardly the only one.

He mentioned the quality of the players as well as the impact the NIL is having, even if it wasn’t a big factor for him.

“It’s hard to turn down money at some point,” he said.

Washington said this year’s draft shows, “You can still go to college, still do your academic stuff and still be in the same position as everybody else who didn’t.”

“With us being able to make money off our names now, it should encourage more people to go to college,” he added. “If you are an outgoing person, you can also succeed in (NIL), in school and in basketball. I feel like that’s three huge wins in life.”

Washington had opportunities to play in Australia and the G League. But once Calipari and Kentucky entered the picture, he couldn’t see himself going anywhere else.

Washington averaged 12.5 points, 3.9 assists and 3.5 rebounds while starting 29 of 31 contests in his lone college season. The play-making guard also broke John Wall’s single-game school record for assists with 17 against Georgia.

Washington missed three Southeastern Conference games because of injuries and scored just five points in Kentucky’s loss to Saint Peter’s in the NCAA Tournament East Region first round. But he also smoothed things out after a bumpy beginning.

Washington flashed back to that video session following the Duke game and how the energy changed once Calipari entered the basement. He said he never had a coach tell him he wasn’t playing hard. But Calipari backed it up by showing clips of him walking up the court.

The next practice wasn’t much fun, either.

Calipari pushed the team hard and made sure everyone knew exactly who was responsible.

“He was like, ‘Y’all know why I’m doing this, y’all know who I’m doing this for.’ Everybody’s just looking at me,” Washington said. “From that day on, I felt that definitely helped me because that just opened up my eyes.”