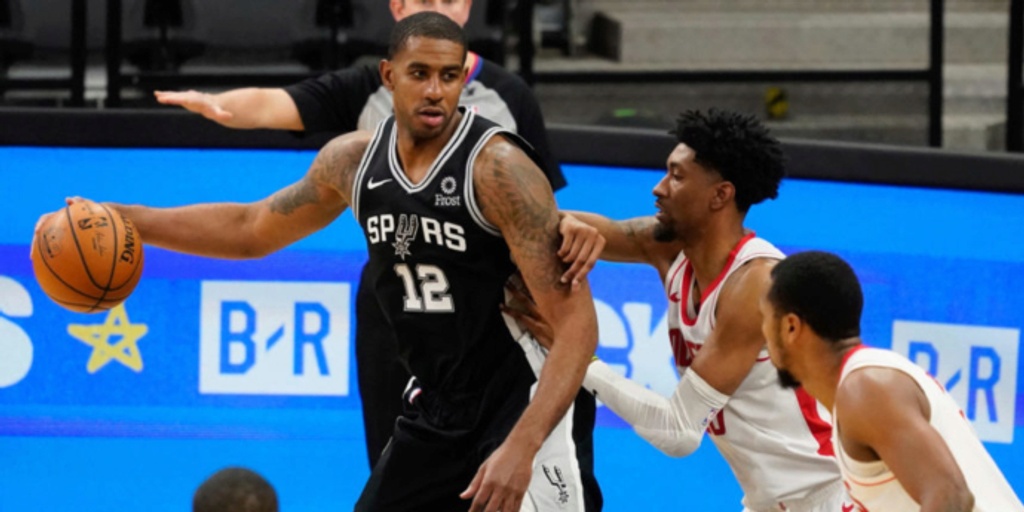 Prior to the San Antonio Spurs' resumption of the season in Dallas against the Mavericks, head coach Gregg Popovich shared that LaMarcus Aldridge is not with the team, as the organization and veteran forward mutually agreed to look for new opportunities, via Tim Reynolds of the Associated Press:

According to ESPN's Adrian Wojnarowski, both parties have been engaged in finding Aldridge a new home on several fronts, and it is believed that a trade partner will be found (possibly within the next week) without the need for a contract buyout.

LaMarcus Aldridge has played his final game for the San Antonio Spurs, with coach Gregg Popovich announcing Wednesday night that the team and the seven-time All-Star have mutually agreed to seek opportunities for him elsewhere.

The Spurs will try to trade Aldridge before the March 25 deadline. If no trades are worked out, the team could simply buy Aldridge out and let him sign elsewhere as a free agent.

“LaMarcus is not with the team," Popovich said before the Spurs played the Dallas Mavericks. “He’s healthy, in that respect, but we’ve mutually agreed to work out some opportunities for him and that’ll be elsewhere. So, he won’t be with the team moving forward."

The 35-year-old Aldridge was in his sixth season with the Spurs after playing his first nine NBA seasons with the Portland Trail Blazers.

The No. 2 overall pick in the 2006 draft played in 21 games this season, averaging 13.7 points and 4.5 rebounds in 25.9 minutes — a career low in rebounds and his fewest points and minutes since he was a rookie.

Popovich insisted that the decision to part ways was best for both sides, and spoke highly of Aldridge.

“There was no problem there. We just think this is a win-win for both LaMarcus and for the club," Popovich said. “So, when an opportunity arises, that’ll be up to management, his agent, you know, that sort of thing. We’ll all move forward.”

In Aldridge’s last three appearances before the All-Star break, Popovich moved him to the bench. Prior to that, he missed six games over three weeks with a hip injury and then sat out the last two games before the break with a stomach ailment.

“He’s been a great teammate," Popovich said. “He’s done everything we’ve asked. And at this point, we’d just like to do something that will work for him as much as for our club, because he deserves that.”