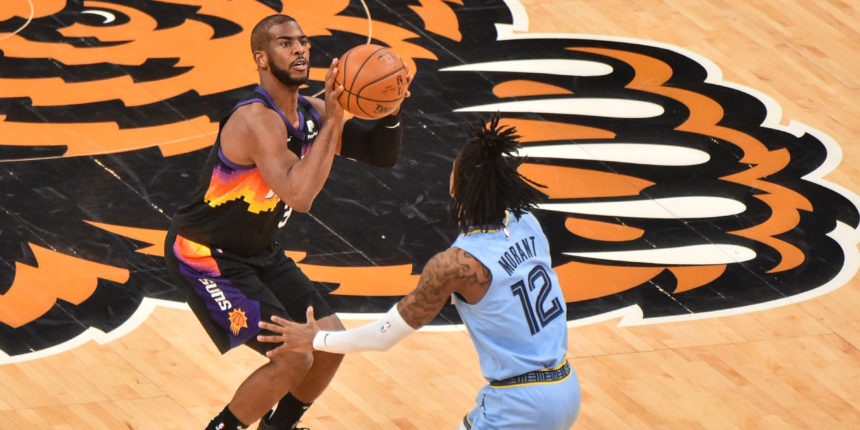 Chris Paul dished out six assists to go with 16 points in the Phoenix Suns' 128-97 win over the Memphis Grizzlies on Saturday. He surpassed Oscar Robertson (9,887) on the NBA's all-time assists list and now has 9,891 to his name.

The 35-year-old is putting up his highest assists per game numbers (8.5) since averaging 9.2 per game during the 2016-17 season as a member of the Los Angeles Clippers. Paul has been instrumental for the breakout Suns, who are 19-10 on the season.

Next up, CP3 will try to pass Magic Johnson, who racked up 10,141 assists during his legendary NBA career. Paul needs 251 to surpass Magic, and at his current pace of 8.5 per game, he could accomplish the feat by the end of the 2020-21 season.

Kevin Durant to still act as All-Star captain, despite not playing in game
11h

Pascal Siakam out until after All-Star Break
20h

All-Star or not, Mike Conley is reason for Jazz's dominance
16h

Who are the most name-dropped NBA players in music history?
12h

Pascal Siakam out until after All-Star Break
20h

NBA Tweets of the Day: All About Awareness
yesterday