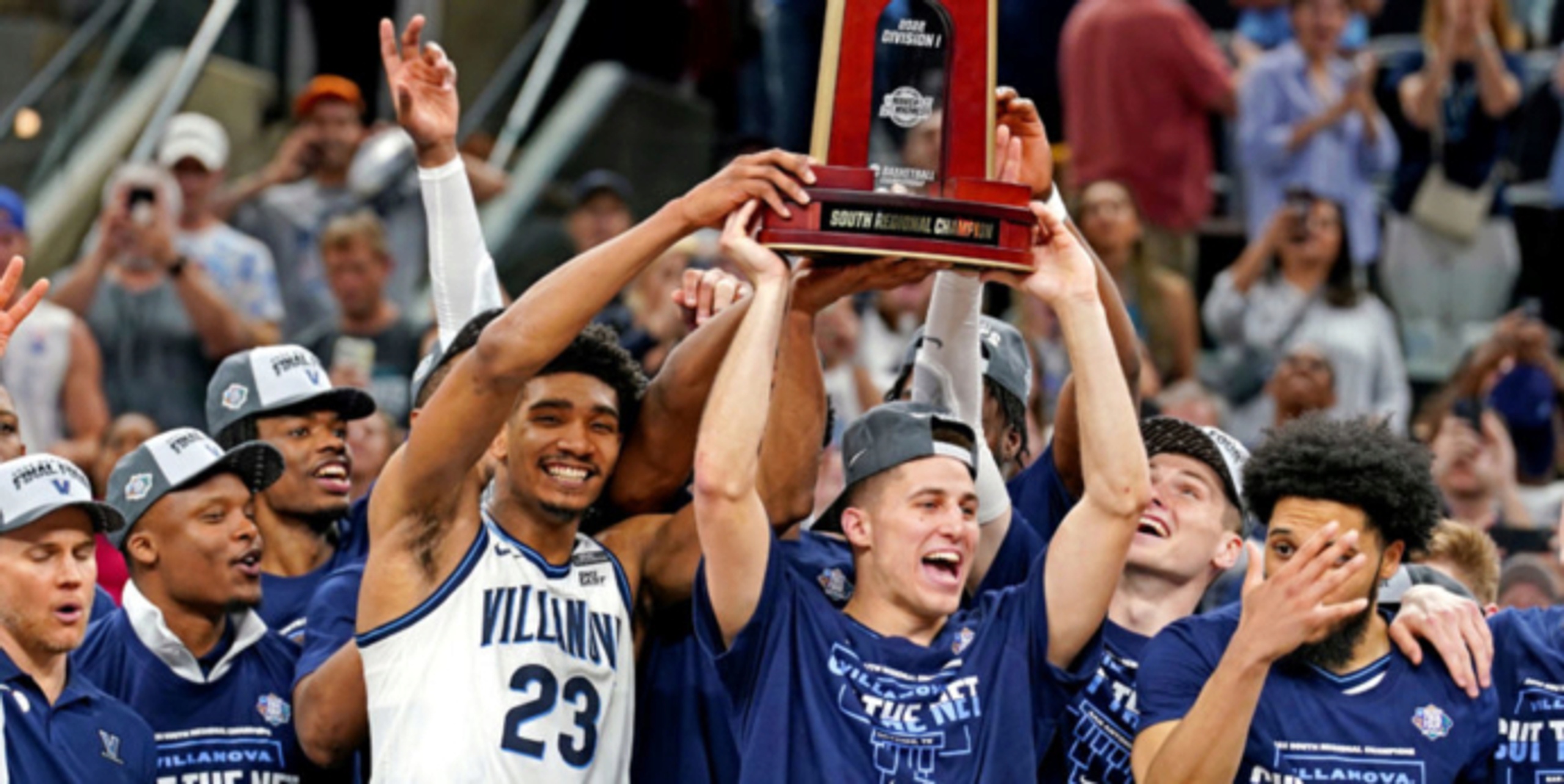 Two down, two to go. Half of the spots in the Final Four have been claimed, here is how today’s games unfolded:

Villanova def. Houston 50-44
The Wildcats took this one wire-to-wire, and were able to fend off the relentless Cougars. Caleb Daniels, who scored 12 points for Villanova, mentioned the physicality of this one saying, "It was a literal street fight, every possession trying to get a rebound." Jermaine Samuels led all players with 16 points and 10 rebounds. Something of note: Justin Moore suffered a leg injury in the final minute of regualation and was seen on crutches during postgame. The Wildcats enter their third Final Four in the last six NCAA Tournaments, where they will meet either Miami (FL) or Kansas.

Duke def. Arkansas 78-69
The Blue Devils took a 10-9 lead six minutes into the game and never looked back. Jaylin Williams played well for the Hogs, but the balanced Duke offense was simply too much to handle, as Paolo Banchero scored 16 points and AJ Griffin scored 18. Duke had a tremendous night shooting, hitting 54.7% from the floor, 40% from three and 88.9% from the free-throw line. Coach K and co. continue this run in the coach's Farewell Tour, where they will meet either North Carolina or Saint Peter’s in the Final Four. Stat of the night: Coach K passes John Wooden for the most Final Four appearances with 13.