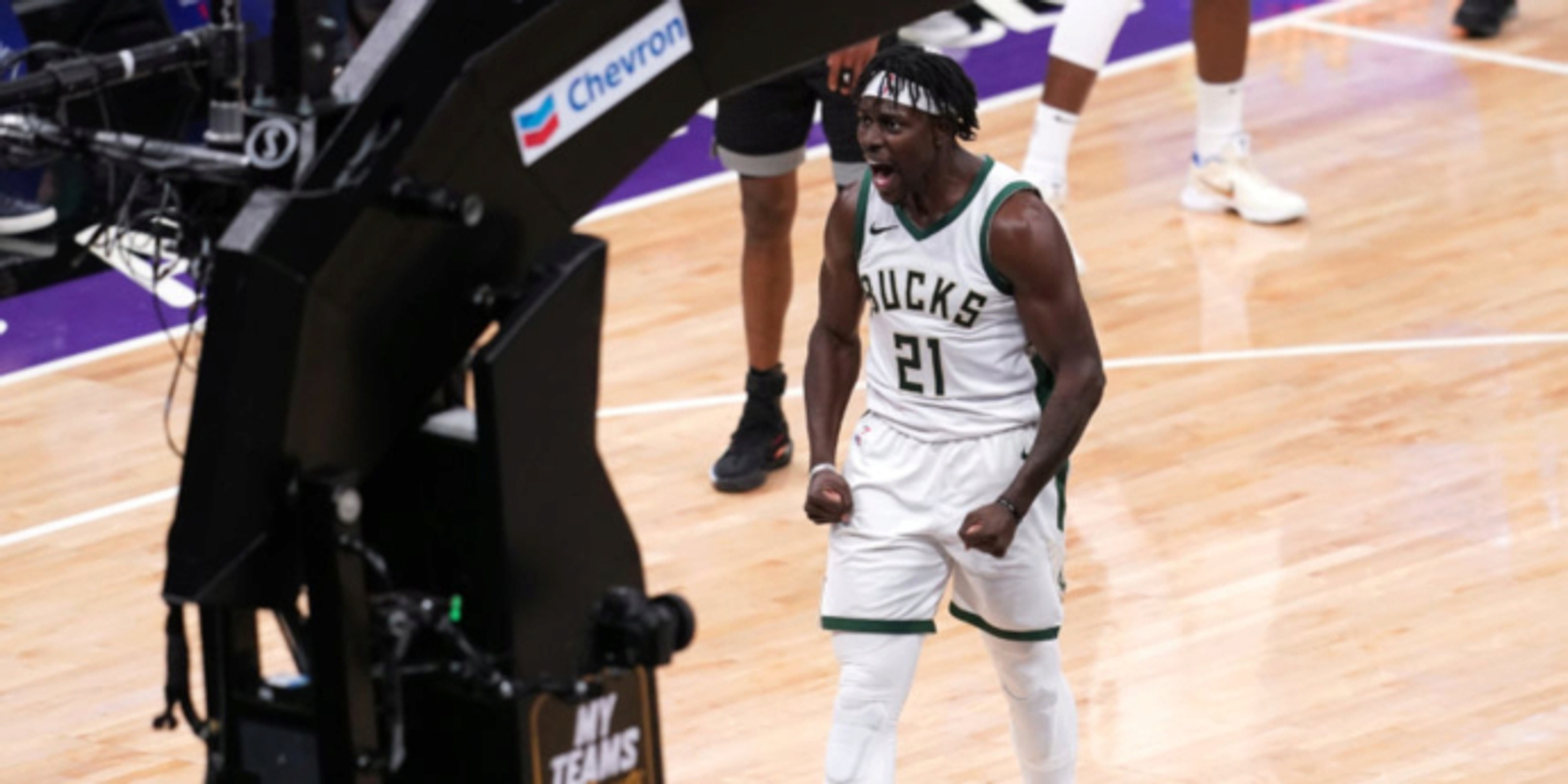 The Milwaukee Bucks and Jrue Holiday have reportedly agreed to terms on a maximum four-year, $160 million contract extension.

ANALYSIS: The Bucks made a splash in the 2020 offseason by trading for Holiday, and now the franchise is committing to him long-term. The 30-year-old guard is averaging 17.0 points, 5.4 assists, 4.6 rebounds and 1.8 steals per game with his new team. Milwaukee is 7.1 points per 100 possessions better when Holiday is on the court, and his sound decision-making and shooting efficiency (39 percent from distance) have proved beneficial.

The trio of Giannis Antetokounmpo, Khris Middleton and Holiday are outscoring opponents by 10.2 points per 100 possessions when they share the court.

Milwaukee Bucks guard Jrue Holiday followed up his biggest game of the season by making a long-term commitment to his new team.

Holiday agreed to a four-year contract extension that would be worth at least $134 million if he exercises his option for the final season. The Bucks announced the agreement Sunday.

“I'm a Buck for life,” Holiday said in a video posted on the Bucks' Twitter account. “Just know that I'm glad to be a part of Bucks Nation. Let's do some big things, man. I'm really excited.”

The announcement came one day after Holiday had a season-high 33 points as well as 11 assists and seven rebounds in a 129-128 victory at Sacramento. Holiday's performance enabled the Bucks to withstand the absence of reigning two-time MVP Giannis Antetokounmpo, who sat out with a sore left knee.

The move represents the latest step in the Bucks’ heavy investment in their trio of Holiday, Antetokounmpo and two-time All-Star Khris Middleton as the franchise chases its first NBA title since 1971.

The Bucks posted the NBA's best regular-season record each of the last two seasons but lost in the Eastern Conference finals in 2019 and in the second round of the playoffs last year. Entering Sunday, Milwaukee owned a 32-17 record and was two games behind Philadelphia and Brooklyn in the East standings.

"Jrue is one of the top guards in the NBA and we are thrilled to sign him to this extension,” Bucks general manager Jon Horst said in a statement. “Adding him to our team has made us better on both ends of the floor. He’s an elite defender and an impactful offensive player with the ability to score, shoot and facilitate.”

Holiday had a $26.7 million player option remaining for the 2021-21 season as part of the five-year, $126 million contract he signed with the New Orleans Pelicans in July 2017.

There are incentives that could push the total value of Holiday's deal to nearly $160 million.

The 30-year-old Holiday is averaging 17 points, 5.4 assists, 4.6 rebounds and 1.8 steals this year in his first season with the Bucks. He ranks second in the league in steals per game.

He missed 10 games earlier this season after testing positive for COVID-19 but has come on strong lately.

Holiday has scored at least 22 points in four straight games. Since the All-Star break, he has averaged 20.8 points and has shot 54.1% overall and 44.3% from 3-point range.

Milwaukee paid a heavy price to acquire Holiday in the offseason as it attempted to strengthen the team in hopes of getting a long-term commitment from Antetokounmpo, who signed a five-year supermax extension worth a reported $228 million in December.

“Them giving up all the pieces that they did, it really, really made me feel like they wanted me to be here,” Holiday said shortly after the trade. “That’s always a good feeling.”