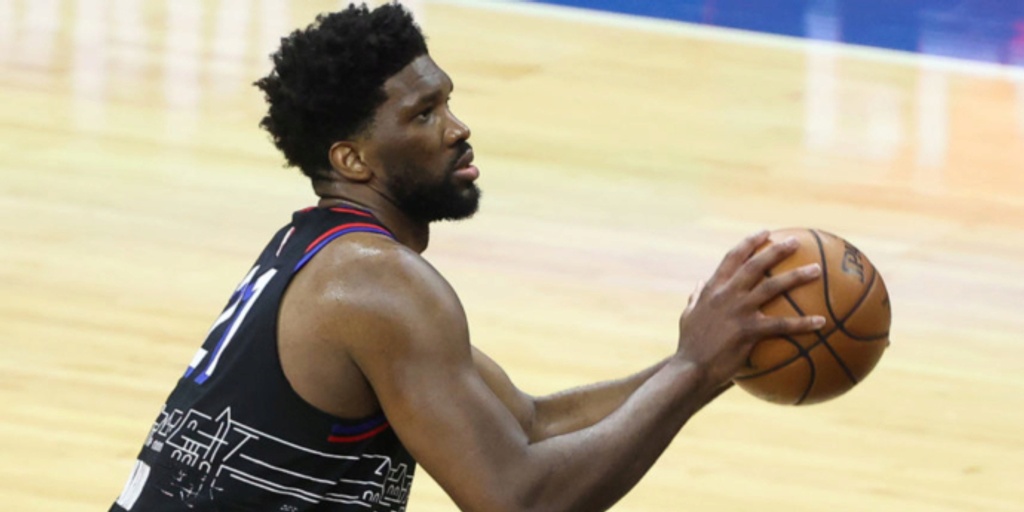 Joel Embiid on if he's the MVP this season: 'There's no doubt'

76ers star Joel Embiid sat down with Stadium for a podcast with Shams Charania and the MVP conversation got brought up, here is what Embiid had to say: “There’s no doubt (I’m MVP). I’ve been dominant all season. I’m not going to stop.” On motivation from feeling disrespected and frustrated last season, Shaq’s criticism “opened my eyes to actually realize that I can be that guy.”

ANALYSIS: In the same podcast with Shams Charania, Embiid shared that he started playing basketball just 10 years ago in Cameroon, and within four years he was in the NBA. It's no question Embiid has been dominant this season, but the time he missed due to a knee injury definitely hurt his case for MVP. That being said, Embiid is averaging a career-best 30.1 points, 11.3 rebounds, 3.2 assists, and 1.4 blocks in 32.2 minutes per game this season.