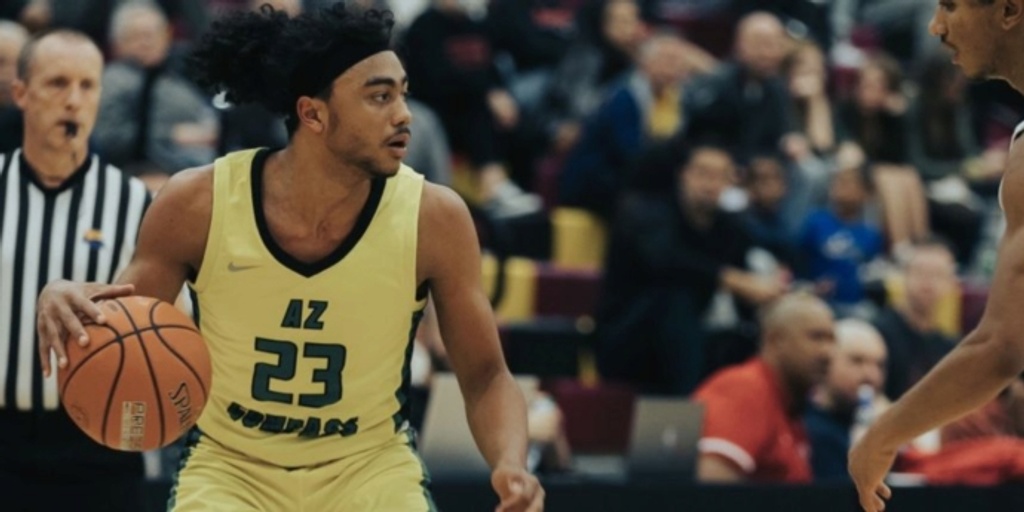 Earlier this month, BasketballNews.com was in attendance for HoopHall West in Scottsdale, Arizona — a high-school-basketball showcase featuring many top teams and prospects from around the country. Our Senior NBA Draft Analyst Matt Babcock is a wealth of knowledge on these players, and the scouting process for future NBA players begins at this level.

Babcock and I watched these games intently and walked away impressed with three prospects in particular: Dariq Whitehead (Montverde Academy), Chris Livingston (Oak Hill Academy) and Kylan Boswell (AZ Compass Prep). Whitehead and Livingston are consensus five-star prospects who are destined for blue-blood college programs in Duke (Whitehead) and Kentucky (Livingston). Meanwhile, Boswell popped in-person as one of the nation’s top 2023 prospects with offers from Arizona, UCLA, Illinois, Kansas, Michigan, USC and countless others.

Below, Babcock provided his updated notes on Whitehead, Livingston and Boswell after scouting them up-close at HoopHall West:

“Dariq Whitehead has good size and athleticism for a wing. He is very effective as a slashing scorer, and he's particularly good in transition. I’ve questioned his outside shooting a little bit in the past, but his development seems to be progressing well in that area. On the defensive end, I think he has a good chance to be very good too. I’m really looking forward to watching Whitehead next season at Duke. He will certainly be a high-priority player to scout, as I think it’s very likely that he could be a one-and-done prospect.”

“I’ve had a chance to watch Livingston a lot this past year, mostly with his AAU team, We All Can Go. I love his size, athleticism and scoring prowess. I would consider him more of a scorer than a pure shooter, but he can definitely score on all three levels. He’s a terrific finisher and is routinely throwing down impressive dunks. I think he has a chance to become a big-time offensive weapon. He will be one of the key freshmen to watch next season when he suits up for John Calipari and the Kentucky Wildcats.”

“Kylan Boswell seems to be a player on the rise in the class of 2023. He’s tough, smart, and he really shoots the ball well — he has a pure stroke! His team, AZ Compass Prep, is one of the best in the country. They have a lot of depth and often play multiple-guard lineups as a result. Subsequently, Boswell plays on and off the ball. However, long-term, I see him as a lead guard. From what I’ve been told, Boswell has an elite work ethic, which tells me he’ll likely continue to get better and better."

For many scouts in the industry, events like this are the first foray into finding out about future NBA prospects. Seeing how prospects grow and develop from this stage is instrumental to seeing the entire picture. For example, 2022 NBA Draft prospects like Paolo Banchero (Duke), Chet Holmgren (Gonzaga) and Jabari Smith (Auburn) were all involved in events like HoopHall West before attending college.

After watching these well-run teams and prospects oozing with future NBA potential, I definitely want to attend more events like this. Getting a head start on the scouting process actually provides a unique angle in terms of evaluating future lottery picks as they grow and mature.

Make sure to check out the work of Matt Babcock and BasketballNews.com's entire NBA Draft team. Not only do they have a firm grasp on draft-eligible prospects, the groundwork they do to prepare beforehand is even more impressive.