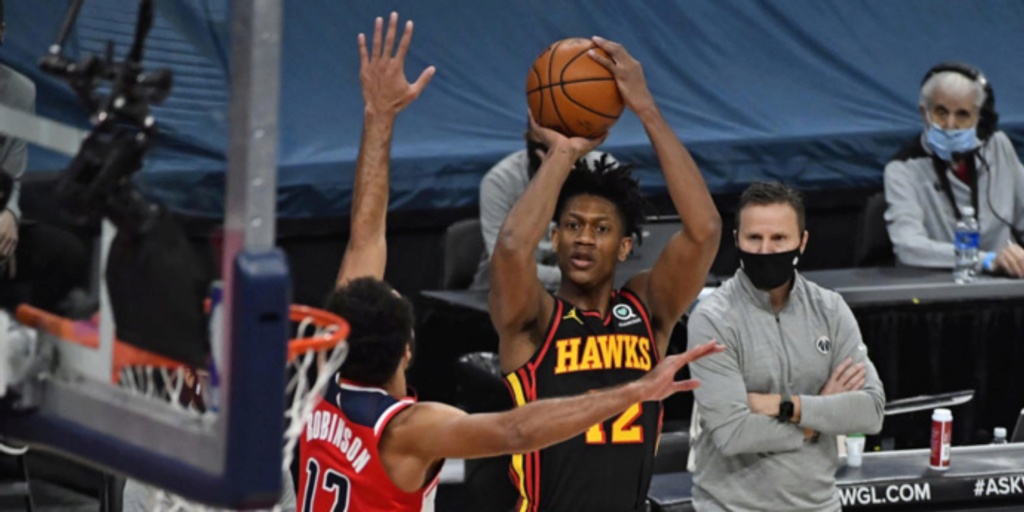 De'Andre Hunter could return to lineup as soon as Monday vs. Clippers

Atlanta Hawks wing De'Andre Hunter could return to the lineup as soon as Monday against the Los Angeles Clippers.

ANALYSIS: Hunter underwent arthroscopic knee surgery and has missed 23 games this season while not playing since Jan. 29. Before his injury, Hunter was averaging 17.2 points per game in a much-improved sophomore campaign. The Hawks are flying at 8-0 under interim head coach Nate McMillan. Hunter's return would boost a red-hot lineup.