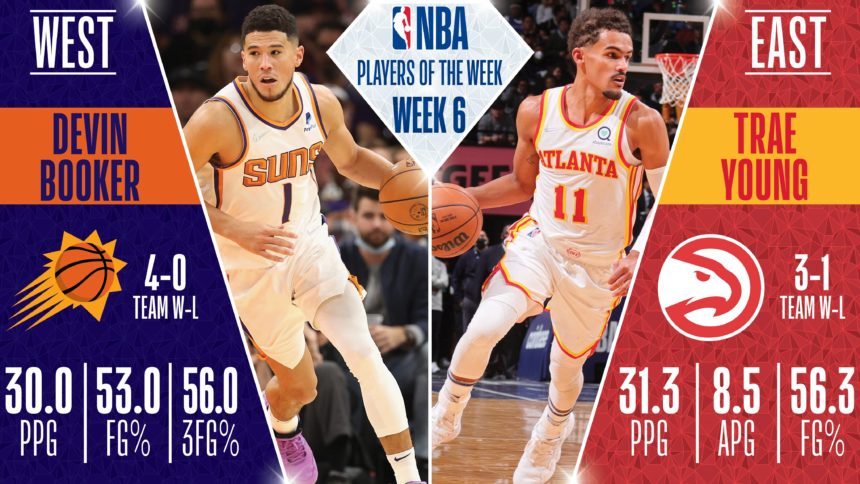 Two of the NBA's rising stars were named Player of the Week this Monday afternoon in Devin Booker and Trae Young.

Suns beat the Nets for their 16TH WIN IN A ROW!

Trae Young continued to build momentum off a rough start to the season with 31.3 points and 8.5 assists per game on an efficient 56.3 field goal percetage. Leading the Hawks to a 3-1 record, he played a near-perfect game against the Memphis Grizzlies with 31 points and 10 assists on a spotless 12-16 shooting.