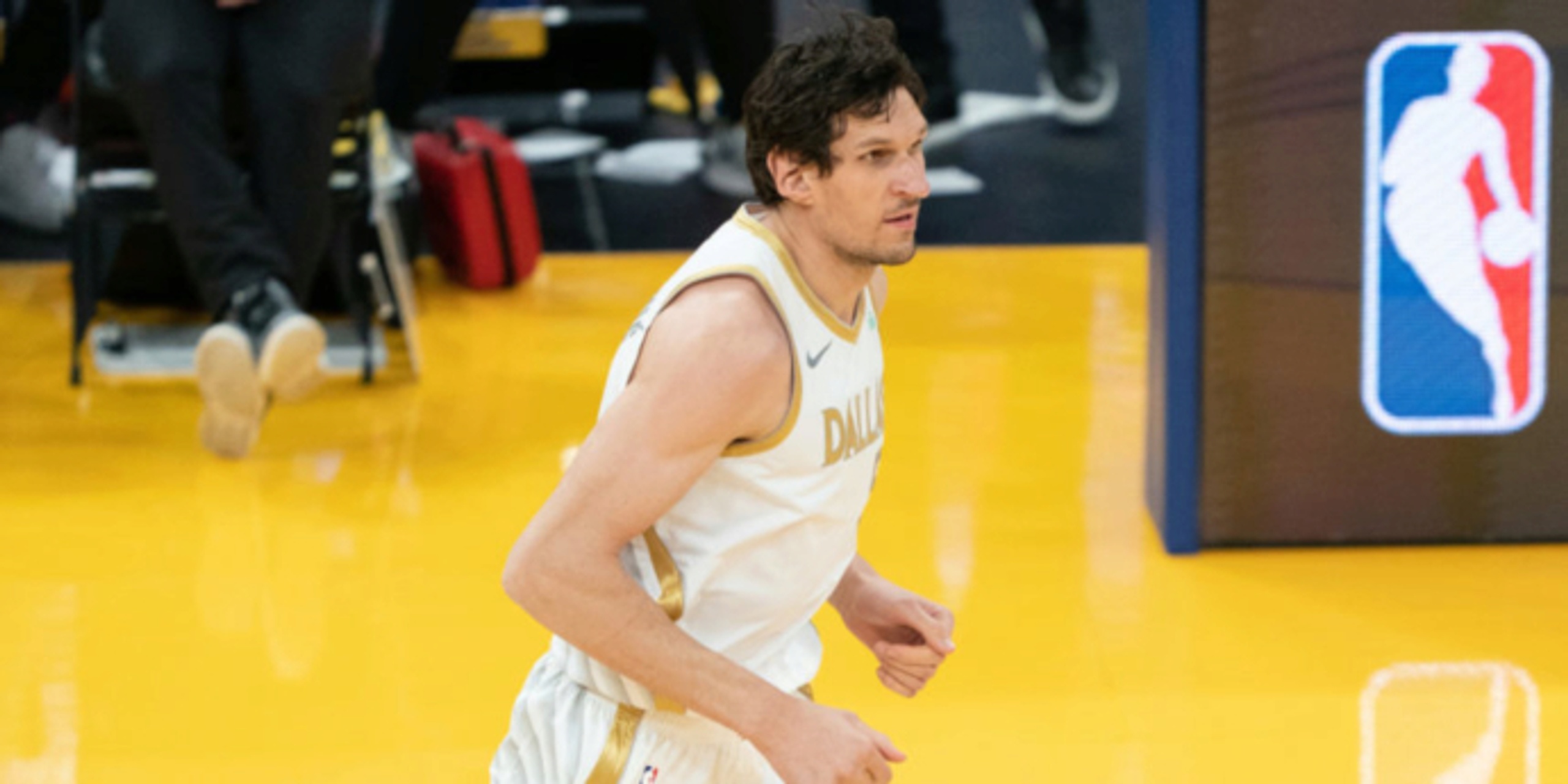 Boban Marjanovic posts one of the bigger lines of Olympic qualifier

NBA players from countries outside the United States are in the process of trying to qualify for the Olympics, and none had a better game in the first few FIBA qualifiers than Boban Marjanovic. And that includes Luka Doncic.

The Dallas Mavericks’ center had 25 points (on 12-for-18 shooting) and 10 rebounds in an 83-76 victory over the Philippines in front of a COVID-capacity crowd of 1,250 mostly home fans in Belgrade, Serbia. Coach Igor Kokoskov rested Miami Heat forward Nemanja Bjelica as Serbia had a 46-28 advantage on points in the paint.

"The Philippines played as a team, and I want to congratulate them on that. They fought,” Kokoskov said. “We will know more after the review. We have a lot of new names, and some guys were missing. We didn't react, we overthought. We defended instead of being in an attacking rhythm. It wasn't nice, again, but we won.”

"At some point, we were relaxed. We played irresponsibly. That resulted in us playing an uncertain ending. We must not allow that," said Milos Teodosic, Serbia’s captain.

After trailing 74-73, Serbia closed with a 10-2 run and pulled out the victory, advancing to the semifinals where they will play either Puerto Rico or Italy.

Doncic had 18 points, 10 rebounds and six assists in just 22 minutes of playing time as Slovenia defeated Poland, 112-77. Slovenia, Lithuania, Venezuela and Poland have already qualified for the semifinals.

Doncic was playing in a competitive international for the first time since helping Slovenia claim a historic win at FIBA EuroBasket 2017 as an emerging 18-year-old. Goran Dragic of the Miami Heat is not playing, but he made the trip and was in the crowd at Zalgirio Arena.

"For me, it's also a pleasure to play for the national team," Doncic said. "It's something I desire. I can't wait to play, so I’m really happy to be here. Everyone is enjoying playing and everyone is having fun, and that is what we have to do out there."

"Obviously, I wish he was playing with us... He was the guy at EuroBasket 2017. It's great that he came all the way here to support us. It means a lot, not just for me, but the whole federation."

In Victoria, British Columbia, Canada started five NBA players – Andrew Wiggins of the Golden State Warriors, RJ Barrett of the New York Knicks, Cory Joseph of the Detroit Pistons, Dwight Powell of the Dallas Mavericks and Trey Lyles of the San Antonio Spurs – and, after defeating Greece, rolled to a 109-79 victory over China.

Wiggins had 20 points on 5-for-9 shooting while Barrett shot 3-for-7 from three-point territory. He scored 16 points, but missed half of his six free throws. Among those coming off Canada’s bench for Nick Nurse were Luguentz Dort of the Oklahoma City Thunder and Nickeil Alexander-Walker of the New Orleans Pelicans. Nicholson, who played last season in China, added 14 points off the bench.

"When you play together, the game comes easy. When you're in a good rhythm, everyone's going to get after it offensively, defensively. We have a lot of unselfish guys. We all want to see each other win, do good, and out there, we're just trying to play aggressive, play to win, play the right way. I feel like if we keep playing that way, keep playing together, then the sky is the limit for us,” Wiggins said.

Canada advanced to the semifinals, as has Turkey. Greece, playing without Giannis Antetokounmpo, is 0-1 heading into a Thursday night game against China.

In Croatia, the biggest upset of the qualifying process happened when the home team, led by Utah’s Bojan Bogdanovic, was crushed by Brazil, 94-67. Brazil was led by 20 points from 35-year-old center Rafael Nettscheimeir. Bruno Caboclo, who was waived by the Houston Rockets in January, added 16 points, and NBA veteran Anderson Varejao scored 11. Brazil is coached, ironically, by a Croatian, Aleksandar Petrovic.

Despite that loss, Croatia, Germany, Brazil and Mexico have qualified for the semifinals at the tournament in Split, while Russia and Tunisia have been eliminated.

In Lithuania, the home team is 2-0 after defeating Venezuela and South Korea. Jonas Valanciunas and Domantas Sabonis are representing their homeland, which will play Poland in the semifinals and either Slovenia or Venezuela in the qualifying finale. Valanciunas is averaging 17.5 points and 12 rebounds in a little under 19 minutes per game.

"It would be amazing to go to Tokyo," Valanciunas said. "Another Olympics for Lithuania, as a country, would mean a lot to us.

"Our preparation has been a challenge, but I think that's the same for everybody. We are just getting together and trying to find that chemistry as soon as possible."

Lithuania won bronze medals at the 1992, 1996 and 2000 Olympics along with the 2010 World Championship in Turkey. If they qualify for the Olympics, they will be grouped with Spain, Argentina and Japan.