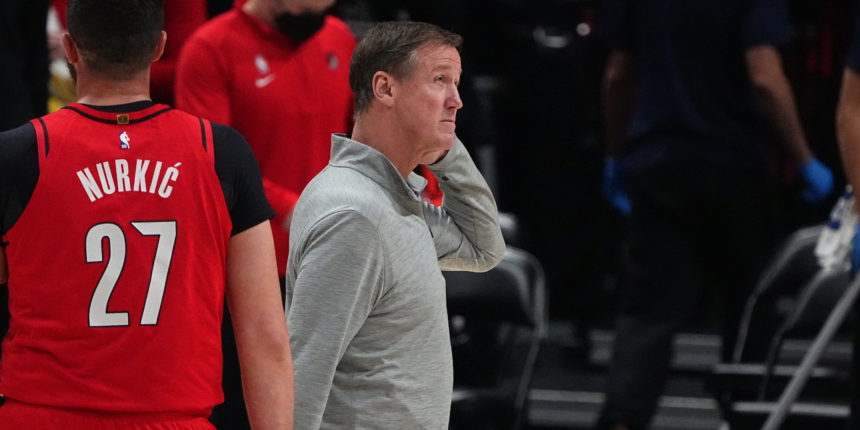 "The Portland Trail Blazers and Terry Stotts have mutually agreed to part ways, it was announced today by president of basketball operations Neil Olshey.

“I have the utmost respect for Terry and what he has accomplished these past nine seasons,” said Olshey.  “This was a difficult decision on both a personal and professional level but it’s in the best interest of the franchise to move in another direction. Terry will always hold a special place in the Trail Blazer family and the Portland community. We relied on the integrity, professionalism and consistency he brought to the job every day and we wish he and Jan nothing but the best.”

Stotts completed his ninth season as head coach of the Trail Blazers in 2020-21 after guiding Portland to a 42-30 record and an eighth consecutive postseason appearance.

“We are all grateful for Terry’s contributions and his nine years with the Trail Blazers,” said Jody Allen, chair of the Trail Blazers. “I appreciate his steadfast dedication to the players, the game, and the broader Portland community. We wish him the best in his future endeavors.”

And Chris Haynes of Yahoo Sports noted that All-Star guard Damian Lillard will have a major input on who the next head coach is for the Blazers. This news comes after Portland was eliminated in the first round of the playoffs for the fourth time in five years.