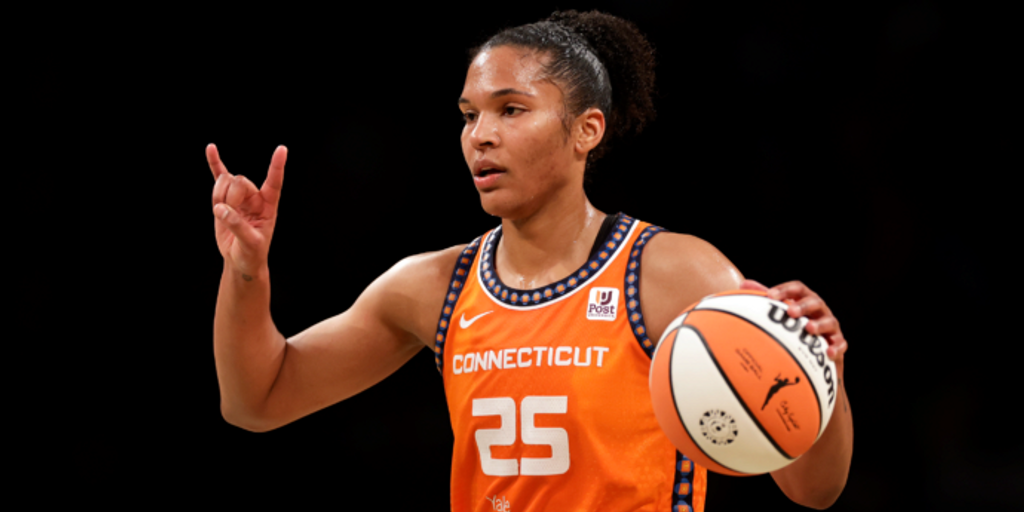 Alyssa Thomas posted her second triple-double in less than two weeks and the Connecticut Sun beat the Phoenix Mercury 87-63 on Tuesday night.

Thomas, who recorded the franchise’s first triple-double in a win over the Minnesota Lynx on July 22, finished with 10 points, 12 rebounds and 10 assists. The No. 4 pick overall in the 2014 draft, the 6-foot-2 Thomas is just the fifth WNBA player with multiple triple-doubles and joined Candace Parker (Chicago Sky) and Sabrina Ionescu (New York Liberty) as the only players with more than one this season.

Natisha Hiedeman had 16 points to lead seven Connecticut players scoring in double figures, It’s the 12th time in league history that many players have reached double-digits in the same game. Connecticut has done it three times.

Phoenix took a 13-8 lead when Shey Peddy scored with 3:44 left in the first quarter but the Mercury went scoreless for the next 7-plus minutes minutes. Brionna Jones made a layup to open the scoring in the second quarter and give Connecticut (21-10) the lead for good at 15-13. Hiedeman made a 3-pointer to make it 42-30 with 7:50 left in the third and the Sun led by double figures the rest of the way.